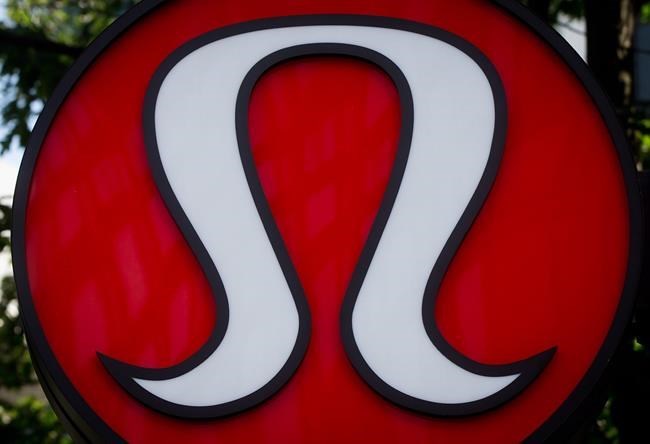 VANCOUVER — Most of Lululemon Athletica Inc.'s nearly 40 stores in China have been closed since early February amid the novel coronavirus outbreak, the company said.

"We're inspired by the resilience and commitment of our team in China as we navigate the emerging impacts of the coronavirus," chief executive Calvin McDonald said in a statement Friday.

"The safety of our people is our highest priority, and we are adjusting store operations based upon the recommendations of local authorities."

Most of the Vancouver-based company's 38 stores in China have been closed since Feb. 3 in accordance with Chinese guidance. Some are now operating on a reduced schedule, while the company's online business continues to operate.

Other Canadian retailers with stores in China have been under the same orders as authorities work to contain the COVID-19 outbreak.

Tim Hortons, which has roughly 30 stores in the country mostly in the Shanghai region, temporarily closed several of its restaurants, executives said earlier this month.

Amer Sports Canada Inc., which owns the Salomon, Arc'teryx and other brands, owns nearly 50 stores in China across its various brands, spokesperson Bethan Williams wrote in an email earlier this month.

"Some of the stores are closed due to the closure of shopping malls, and most of them are having to shorten their business hours due to low traffic and instructions from the government," Williams wrote, adding online sales haven't seen much of an impact.

"Overall, it is too early to assess the operational and financial impacts of the virus."

Lululemon said it is continuing to monitor the situation, and will provide and update on the financial and operational impact when it reports its fourth-quarter results in late March.

In January, the company raised its financial guidance for its fourth quarter, which ended Feb. 2, saying it expects more net revenue.

Earlier this month, Canada Goose Holdings Inc. cut its expectations for the year, citing "material negative impact" from the coronavirus.

The luxury parka maker lowered its expected annual revenue growth for its 2020 financial year with CEO Dani Reiss telling analysts during a conference call that the health crisis "has hit our biggest current growth market."

Canada Goose saw significant reductions in revenue at stores and through online shopping across Greater China, while global travel disruptions affected its stores in North America and Europe.

Indigo Books & Music Inc., which makes some of its products in China, has said that some of its new products will be delayed due to the outbreak.

For many companies, including Lululemon, China is a major market for expansion.

Restaurant Brands International, the parent company of Tim Hortons, announced in 2018 it plans to open more than 1,500 of the coffee-and-doughnut chain locations in the country over a 10-year period.

Lululemon announced last year plans to quadruple its international revenue within five years and projected revenue from China will exceed that in Europe, Australia and New Zealand by 2023.

"Despite the current disruption to our growing business in China, we remain confident in the long-term opportunities this market holds for Lululemon," McDonald said.

This report by The Canadian Press was first published Feb. 21, 2020.

Mandatory mask policies raise accessibility concerns for vulnerable populations
Jul 2, 2020 10:26 AM
Comments
We welcome your feedback and encourage you to share your thoughts. We ask that you be respectful of others and their points of view, refrain from personal attacks and stay on topic. To learn about our commenting policies and how we moderate, please read our Community Guidelines.