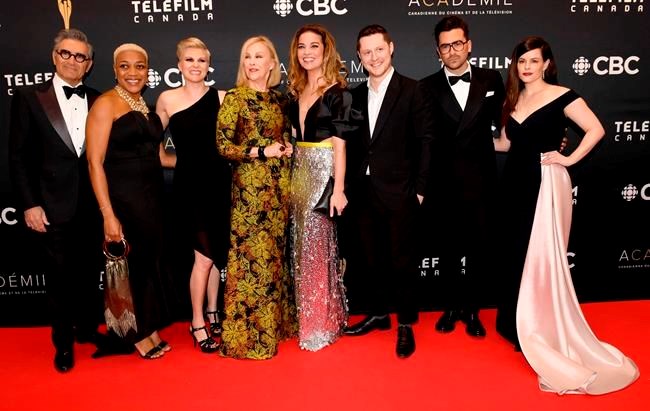 Actor Eugene Levy, one of the stars and co-creator's of the show, congratulated John Comerford and Lisa Parasyn on Twitter for winning the Emmy for Outstanding Casting For a Comedy Series.

"Schitt's Creek'' began on CBC, Pop TV and later Netflix before becoming a global phenomenon, with countless kudos for the story of the formerly wealthy Rose family adjusting to a humble life in a small town the dad once bought as a joke.

Levy's son Daniel, another star and a co-creator of the show, also gushed about the Emmy win, saying "I AM SCREAMINGGG," as he congratulated Comerford and Parasyn in a tweet.

"CONGRATULATIONS to John Comerford and Lisa Parasyn for winning Schitt's Creek's FIRST EMMY for Outstanding Casting For a Comedy Series!!," Eugene Levy said in a tweet. "So well deserved!!!"

The show wrapped up in April after six seasons.

This report by The Canadian Press was first published on Sept. 17, 2020

5 video games for kids to while away the fall hours - that parents might like, too
Oct 26, 2020 4:00 AM
Harry Styles investing in new music venue in Manchester
Oct 26, 2020 12:49 AM
New guidelines address rise in opioid use during pregnancy
Oct 25, 2020 10:01 PM
Comments
We welcome your feedback and encourage you to share your thoughts. We ask that you be respectful of others and their points of view, refrain from personal attacks and stay on topic. To learn about our commenting policies and how we moderate, please read our Community Guidelines.