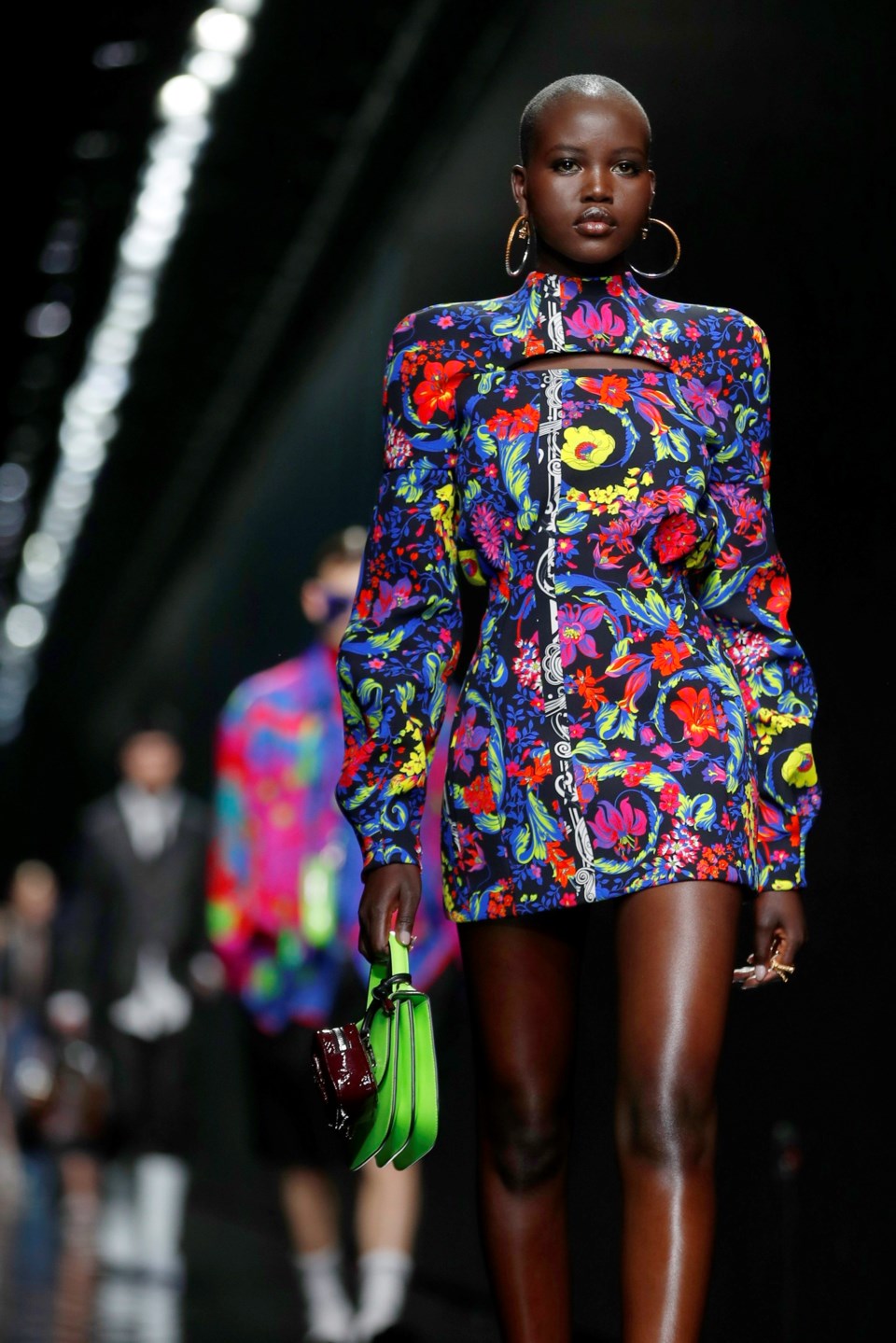 MILAN — How much to show and how much not to show, that is the fashion question this season.

It may be reductive to say that runway shows are about how women dress. But the conversation has sharpened in the #MeToo era. Is a sheer dress that reveals the undergarments beneath, however prettily prepared, empowering or exploitative? What about conspicuous displays of skin?

Giorgio Armani responded to the question elegantly in the latest collection for his youthful Emporio Armani line, offering women a range of options that are appropriate for their age and shape. The 85-year-old designer also gave a passionate backstage discourse about the body-baring collections of fellow designers, saying he thinks they reveal too much at the expense of women.

Some highlights from Friday’s womenswear trends for next fall and winter:

Giorgio Armani railed against colleagues who, in the name of trends, push the limit on revealing garments, enticing women to make choices that might be inappropriate for their age, shape or occasion.

‘’We say that women are being raped in a corner. Women continue to be raped by designers,’’ Armani said Friday during a backstage news conference in Milan. Pressed to clarify, he said: ‘’Women can be raped in various ways. Throwing her under a stairwell or suggesting she dresses in a certain way:. For me, that is raping a woman.’’

The words were strong, and Armani's press office said later that the 85-year-old designer was speaking metaphorically and passionately about a direction in luxury fashion that he sees as damaging to women’s images.

Armani has been dressing women for 45 years. One of his first design successes was a softened suit jacket, a creation that women of that time say was immensely liberating in a way that is difficult to comprehend in the spandex era. He is one of the few designers who, when discussing his collections, makes clear he takes different body shapes into consideration.

In that vein, the Emporio Armani line took a stand against trends, targeting youthful dressers who are not necessarily that young. For next fall and winter, he crafted a range of jackets, from long and flowing to short and pleated. Trousers were dressed up with silk draping.

The show closed with shimmering cocktail dresses that turned on elegant ruffles and floral constructions. The palette was dark blue and black, as well as deeper shades of peacock blue and emerald green.

‘’Trends are nothing,’’ Armani said. ‘’I am trying to improve the woman who is living now.’’

His recipe is simple: black works for everyone. ‘’It helps women to acquire allure,’’ he explained. Great legs can carry short skirts. Not so great legs, ‘’a longer skirt with a little movement helps.’’ Leggings are to be avoided for anyone with ‘’a slightly accentuated behind.’’

These pearls of wisdom might seem like common sense to people who aren't in the throes of runway trends. But Armani knows their power.

‘’I want to give full freedom to women,’’ Armani said. ‘’If they have some common sense, and they do, they know how to manage these possibilities.’’

Donatella Versace is and always has been about the power woman.

For the next cold weather season she presented black power suits with sensuous cut-out slashes across the neckline and mini hemlines. Jackets were made from double-bonded textiles, which gave a defined shape: tucked on the waist and bell-shaped over the hips.

Evening wear featured looks -- a tuxedo jacket, an evening gown, a rocker satin skirt and bomber jacket -- fastened together not with the Versace safety pins of yore, but with clasps that the press notes said were jewelry-style rings. The effect was sophisticated and sleek. And she got her punk-rocker across in a series of looks in black and red houndstooth.

This season was also about menswear, as Versace presented her first-ever co-ed show. Menswear and womenswear were perfectly mirrored, from black business suits to casual sports and knitwear to funky evening wear.

The collection was presented against a liquid background of melting Medusas, and that movement was reflected in distorted Barocco prints and geode patterns.

The collection had a slightly disorienting touch, due largely to the visual distortions cast on the runway screens. The final message was one of fluidity.

MARNI THROUGH THE LOOKING GLASS

Marni designer Francesco Risso appeared to make his collection from scraps -- luxe scraps of leather, brocade and metallic finishes. The looks were a study in patchwork, as if made by a survivor civilization, with matted hair and glitter face paint.

The combinations ranged from mini dresses to long Crombie coats. Knitwear panels were stitched together Frankenstein-style. And pretty velvet mini-dresses had long satin panels, while long satin dresses had velvet panel overlays. The final looks of patchwork florals included metallic framed inserts. The art was in the materials and their reconstruction.

As if to underline that the collection was a trip down the proverbial rabbit hole, Risso took his bows in a furry rabbit head.

Coronavirus concerns freeze Vanilla Ice show
Jul 2, 2020 2:59 PM
Comments
We welcome your feedback and encourage you to share your thoughts. We ask that you be respectful of others and their points of view, refrain from personal attacks and stay on topic. To learn about our commenting policies and how we moderate, please read our Community Guidelines.