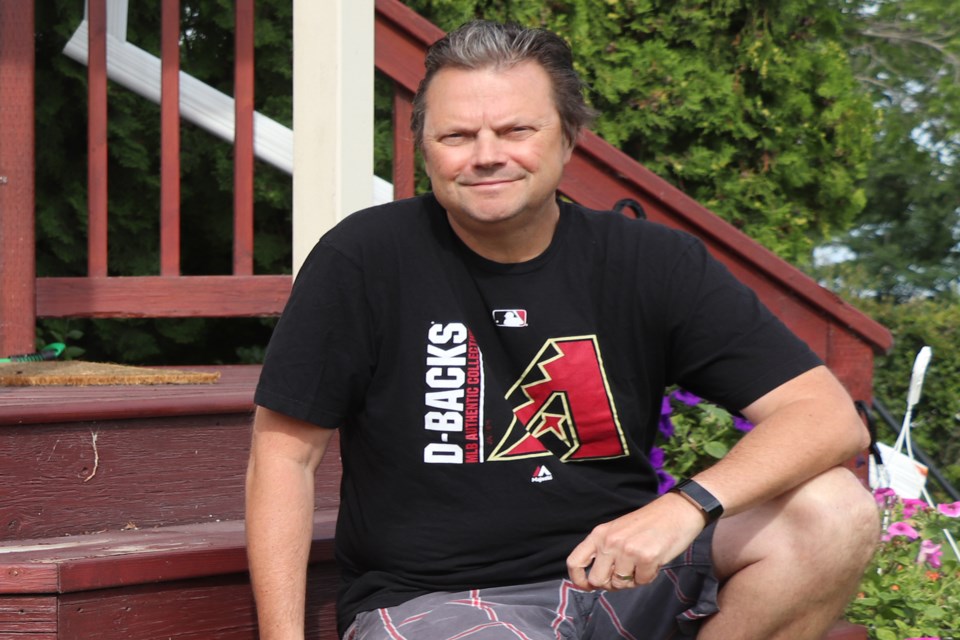 Jason Heistad, co-chair of the revamped Welcoming & Inclusive Community Committee, was before council last week with committee member Suzanne Haddow to seek support for the group's mandate to address racism in the community. File photo/MVP Staff

INNISFAIL – Members of the new Welcoming & Inclusive Community Committee addressed local elected members last week on its mission to address racism in the community and town council was ready to give its unanimous thumbs up.

Carritt’s comments came at council’s Agenda and Priorities Meeting on July 20 after a 10-minute presentation by committee co-chair Jason Heistad and member Suzanne Haddow on the mandate of the revamped group, the fourth since its founding in 2005.

Mayor Jim Romane said while he thought the committee was launching a “great project” he hoped its mandate would not involve “specific groups that have specific agendas.”

He added the welcoming committee should aim to look at the overall racism situation in Innisfail, and not “so much” in the direction BLM has reportedly become known for.

Following council’s discussion on the pair’s presentation it was asked to consider a motion to endorse the committee’s vision and goals, and to support the committee’s request for $2,000 for council and the committee to have joint training and workshops.

“I would certainly like a little more information, like I said, if they are following guidelines of BLM before we do vote on this,” said Carritt. “Again, I am all in favour of inclusive communities but this picture of BLM in there (with) their particular education stuff isn’t sitting well with me.”

Todd Becker, the town’s CAO, said the motion would come to a vote at council’s regular meeting on July 27.

In a later interview with The Albertan, Heistad said his group has no affiliation with BLM, adding the group’s intent is to simply educate the community on racism and not about supporting any specific group.

“It’s about the discussions and being inclusive in the community and being welcoming to all people in this community,” said Heistad, who later confirmed he had a discussion with Carritt to inform him that the welcoming committee is not related to BLM. “We are not affiliated with Black Lives Matter whatsoever.”

Despite Carritt’s BLM concerns, council members said they were fully supportive of the welcoming committee’s vision and goals.

“I am pleased to see the initiative these people have shown,” said Romane. “I think we’re foolish not to take advantage of this whole situation because we are all pretty new at this racism policy making and we need all the help we can get.”

In a prepared statement for council, Heistad noted the committee’s vision is to ensure Innisfail is a welcoming and inclusive community where people of diverse backgrounds live, work and play together.

Council was told the committee’s goals are to have conversations to learn about the issues and challenges citizens of different backgrounds encounter in Innisfail.

The committee is also pledging to educate local citizens about what a welcoming and inclusive community is or should be. Members further want to promote awareness, training and education, as well as build community capacity and cultural understanding. The committee has also set a goal to develop a dialogue with local schools, businesses and the town about issues of concern connected to anti-racism.

Coun. Jean Barclay compared the welcoming committee to the current Dementia Friendly Initiative as one that is community led, which council has supported, adding anytime council can partner and collaborate with community groups there would be benefits. She also noted it will take a workload off administration.

“They have a lot of experience with this and based on what they have done in the past we know it will be very successful,” said Barclay.