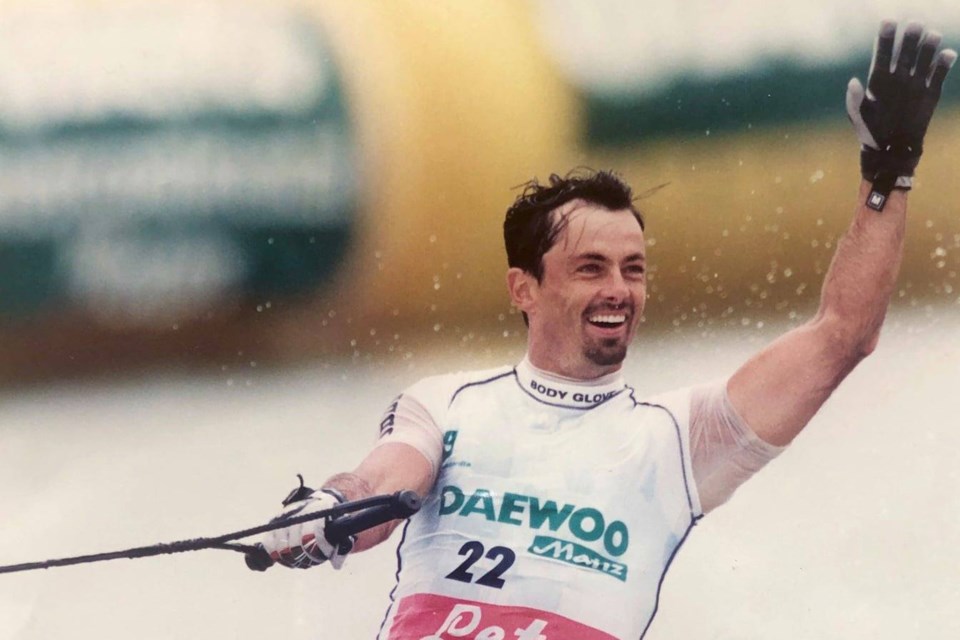 The Innisfail native passed away on July 7 at his current home: San Marcos River Ranch, Texas.

His younger brother Jaret said in a Facebook post that the family was in Texas to “say goodbye to Kreg who passed away on July 7. Kreg was 52.

“Kreg was my hero and an inspiration to so many around the world. Anyone who had the privilege to know Kreg could see he had a huge heart, because he wore it on his sleeve,” said Jaret in a Facebook post. “Kreg will always be the most talented athlete I have ever seen, not only on the water, but in any sport you asked him to try. During the height of the professional tour Kreg was the most dominant male multi-event skier.”

Both Kreg and Jaret learned how to water-ski at Innisfail’s Dodd’s Lake, and both took their rapidly excelling skills out to the world and became champions.

Kreg was considered a water-skiing guru and an integral member of the Canadian national water-ski team. He was inducted into the Alberta Sports Hall of Fame in 2019. Kreg won seven individual world championship medals, 18 Pan American medals and set 24 Canadian records.

“He could do anything he set his mind to. He always made the most difficult things look easy,” said Jaret, who is also a water-skiing legend and world champion.

"Watching him inspired me to try my best every day, both on and off the water, to live up to the standard he set, even though things always seemed much harder than he made them look.

“But that was the most beautiful thing about Kreg, he not only set the standard for me, but he stopped along his own path to help others excel with him,” he added.

“Kreg made me the skier I wanted to be and helped me become the best man I could be.”

The family is planning a service on Saturday, July 18 at the Calvary Chapel of the Springs in San Marcos, Texas. Following the service at 7 p.m. there will be a gathering at San Marcos POA River Park to share stories at 7p.m.

A celebration of Kreg’s life in Canada will also be held in coming months at Dodd’s Lake in Innisfail.