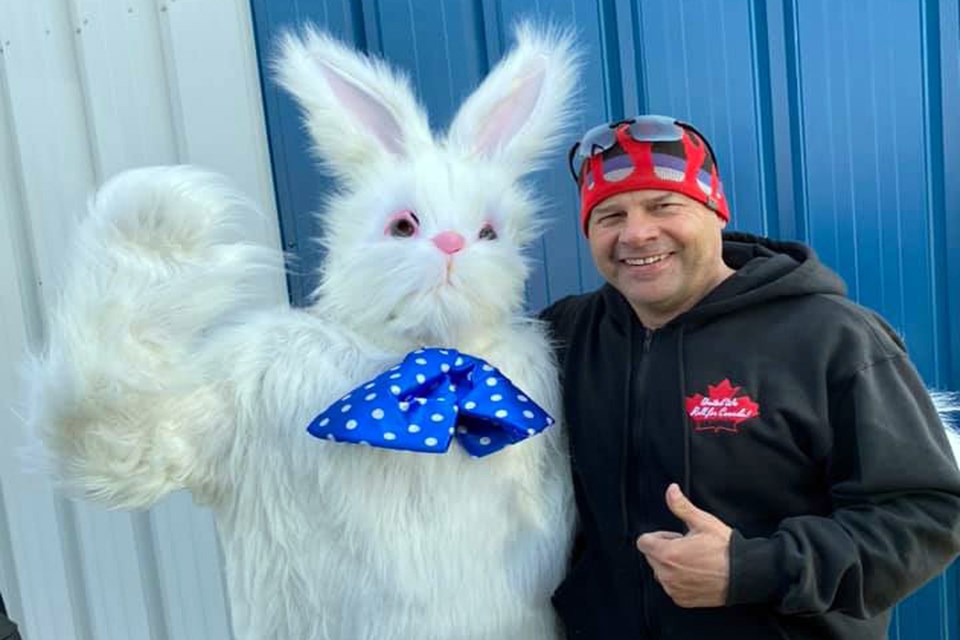 Innisfail mayoralty candidate Glen Carritt at his First Annual Spring Fever event on April 3. The Town of Innisfail has laid a COVID-related charge in connection to the event, which Carritt said attracted more than 400 people. Facebook photo

Both the Town of Innisfail and RCMP confirmed to The Albertan that a COVID-related ticket was served to Carritt by a local peace officer following the April 3 public gathering at his business in West Gate Industrial Park.

Carritt also confirmed he received a ticket. He told The Albertan his court appearance is scheduled for June 9 and vows to contest the ticket with legal representation.

“Of course, I am. No ticket that has been issued has been enforced,” said Carritt in response to question from The Albertan on whether he would be contesting the ticket. “We still live in a free country and will continue to promote freedoms of choice.”

The former town councillor, who resigned his seat in January after being confronted by other council members for his support of a defiant business owner over COVID restrictions, promoted the gathering as the First Annual Spring Fever event, as well as a celebration for the Easter weekend.

Carritt himself estimated more than 400 citizens attended, with almost every attendee not wearing a mask and socializing with questionable social distancing.

Following the event, both Alberta Health Services (AHS) and RCMP confirmed they were investigating the event, but both now say the enforcement issue is in the hands of the Town of Innisfail.

“We worked with AHS. We worked with the town on it but the town bylaw actually issued the ticket, so I really don’t want to comment,” said Innisfail RCMP Staff Sgt. Chris Matechuk, who referred the matter to the town for more information.

Gary Leith, the town’s manager of fire and protective services and who oversees peace officer enforcement, said he could not provide more details of the charge as it has not yet gone before the court, but added Carritt was free to do so.

“Over 400 Albertans supported the event, are they all wrong,” said Carritt. “People were excited to be normal."

“The only way we will get back to normal is to do normal things," he added. "The provincial government and (mainstream media) are creating unnecessary fear and people still have the choice to stay home or come out as we still live in a free country."

Mayor Jim Romane responded to the news of the charge laid against Carritt by saying there was “no question” there was a situation that went on against provincial COVID restrictions.

“No matter who laid the charges it was contrary to government regulations,” said Romane. “It’s just the way it is. If you break the law that is what happens.”

The mayor agreed it is now important for all communities to be vigilant about the risk of large social gatherings as the COVID variant rates have skyrocketed.

“We have to get through this last stage here,” said Romane. “We still have to keep the spread of the virus down to a minimum so it is manageable by the health service system.”