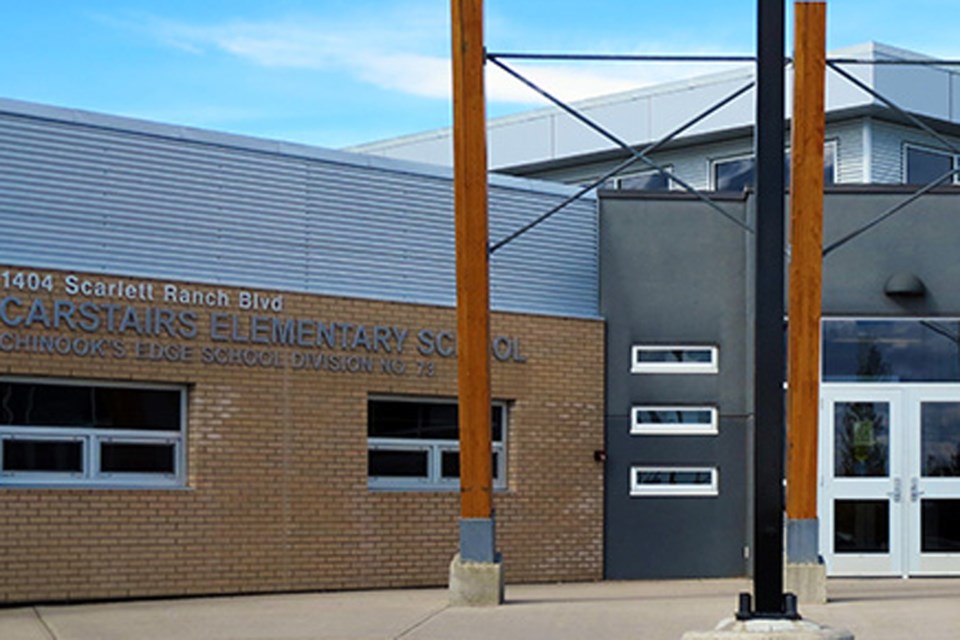 The move came by way of motion at the board’s recent regularly scheduled meeting in Innisfail.

The K-2 Carstairs project had been the number 1 priority on the list until funding was announced late last year.

The construction of a new elementary school in Olds remains the number 3 priority on the list. That new 400 capacity Grade K-8 school is needed to address enrolment pressures in the town of Olds.

Second on the list is a new high school in Sylvan Lake; fourth is a new 500 capacity K-8 school in Liberty Landing just outside Red Deer at Gasoline Alley.

Shawn Russell, associate superintendent of corporate services with Chinook’s Edge, explained that trustees may end up switching the priorities of the Penhold and Liberty Landing schools depending on the rate of growth at the Liberty Landing neighbourhood.

“We will need a school there (Liberty Landing) eventually, it’s just that we have to see how the growth patterns go and whether the board needs to make that a higher priority than the Penhold school.”

The Carstairs school expansion project will see 10 additional classroom spaces constructed. That project is now in the planning stage, he said.

More information on the capital priority project list is available under the Board section (Plans and Reports) on the division’s website.

In other news from last week’s board meeting, trustees passed a motion that bus fees for kindergarten students will be reduced by 50 per cent.

In a media release, the division said the adjustment is being made after trustees announced last month fees for all students who use the Chinook’s Edge bus service will be going up starting in the 2020-21 school year.

The reduction for kindergarten students is because those students are in a mandated half-time program, officials said.

In other news, trustees had instructed administration to come up with a plan outlining the costs and methods of making sure AED (automated external defibrillator) devices are available in every school in the division.

That plan will include the requirements for upkeep, maintenance and training. AEDs are portable electronic machines used to treat heart arrythmias.

There are 11,000 students at 43 schools in the Innisfail-headquartered Chinook’s Edge School Division.

Pair busted in Innisfail for possession of stolen catalytic converters
Feb 21, 2020 2:35 PM
Comments
We welcome your feedback and encourage you to share your thoughts on this story. We ask that you be respectful of others and their points of view, refrain from personal attacks and stay on topic. To learn about our commenting policies and how we moderate, please read our Community Guidelines.