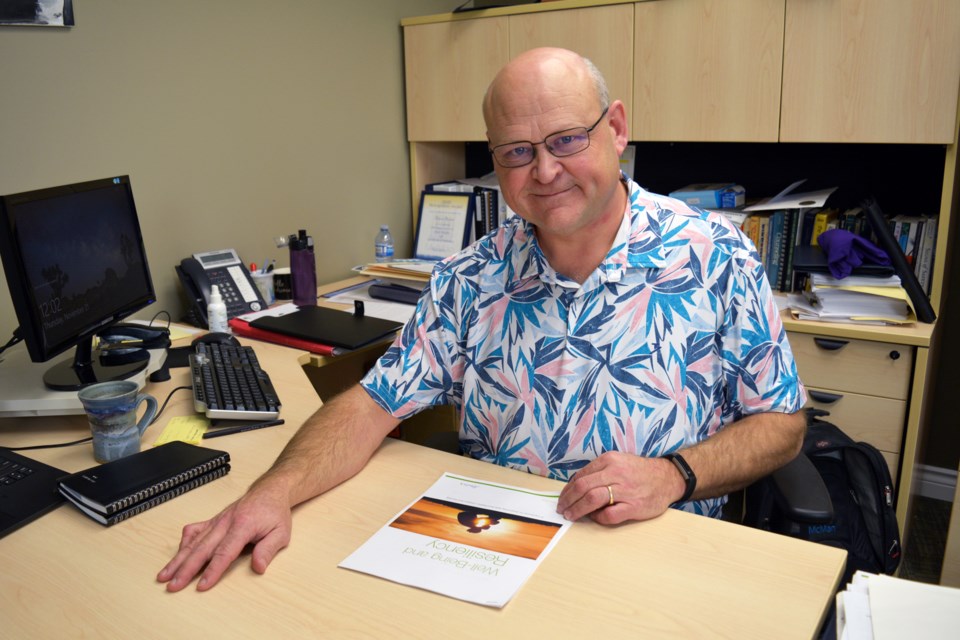 INNISFAIL – The town's Parent Link Centre is facing imminent closure next spring with the layoff of six local employees and more than two dozen others across the region.

However, a new framework for supporting children and families under a provincial Family Resource Networks (FRN) model is coming to Innisfail and across Central Alberta as of April 1, 2020.

The plight of the local Parent Link agency is due to provincewide changes being introduced next spring as a result of ongoing provincial cutbacks.

Bruce Rafuse, director of operations with the McMan Youth, Family and Community Services Association, Central Region in Innisfail, said they were informed of the changes in early November after receiving formal notification of the pending closure of the Innisfail Parent Link Centre.

Those changes will translate into the loss of six positions at the Innisfail Parent Link Centre as well as 26 staff that will be affected across the central region, noted Rafuse.

The McMan Youth, Family and Community Services Association, Central Region, is a large area that extends from Leduc to Airdrie, providing services in communities throughout that region.

It works with children and adults in a variety of programs, including Parent Link Centres (PLC), here in Innisfail for the past four years, and across the region for the past 15 years.

“Initially, it's a big shock that this program's gone," said Rafuse, noting that despite the announcement, the anticipated changes will include a new framework for supporting Innisfail and area families.

That framework will actually expand services to local children of all ages and their families.

"The government, specifically the ministry of children's services, is committed to ensuring that all children and families in our community of Innisfail have the resources we need to be successful.

"They're taking the dollars that were there and doing something different with them,” he added. “I can't answer whether that's more money or less money, but as far as an agency goes, we're very excited that there's going to be some increases of services to our community."

“The essence of this is that they are not getting rid of the services that PLC provided, they’re actually expanding them,” explained Rafuse. “Parent Link provides services for children zero to six years and now they’re saying all children and families ages zero to 18 should have services.

“They’re looking at replacing Parent Link Centres with these Family Resource Networks,” he added. “They’ve identified 12 hubs in the central region. One of the hubs would be located in the Innisfail and area community.”

Rafuse said the changes will benefit more families and more children and is a step in the right direction.

“Our agency certainly supports the new concept of Family Resource Networks. We think it’s a good idea. We think it’s going to increase services to children and families in our community,” said Rafuse.

“Yes, we have lost Parent Link Centres but the Family Resource Networks will be bigger and better in theory,” Rafuse concluded.