Mounties ready to tame Soldiers of Odin at anti-racism rally

RCMP say reports that far right groups may attend is ‘concerning’ but maintain there will be police presence
Jun 11, 2020 3:00 PM By: Johnnie Bachusky 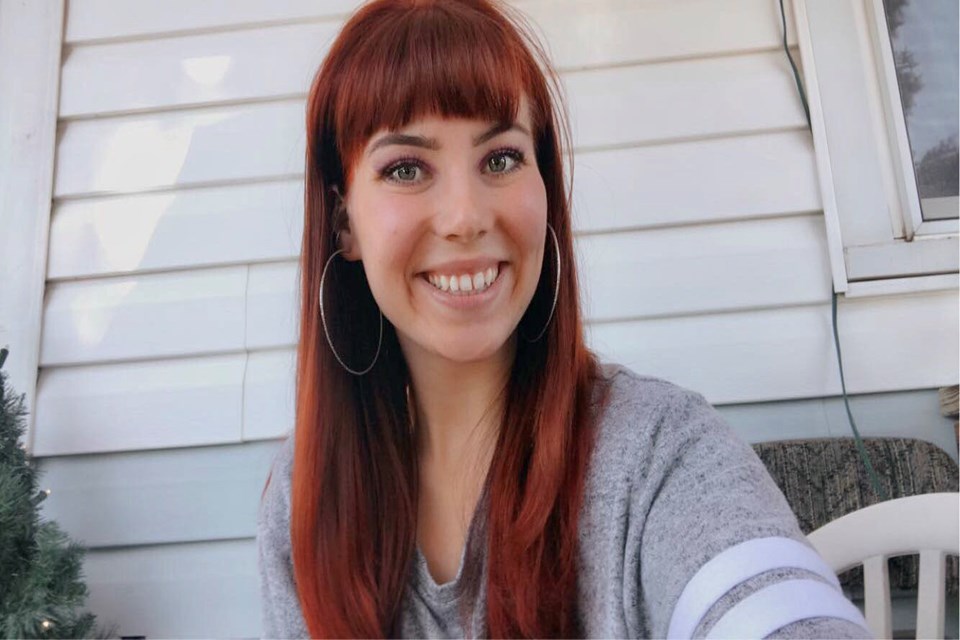 Brittany Bovey, organizer for the June 13 anti-racism rally in Innisfail, said she is confident the local RCMP will ensure safety for all participants despite reports the event may see the attendance of far right protesters. Submitted photo

INNISFAIL- Local RCMP are monitoring increased online reports that far right groups – including the Soldiers of Odin - may be coming to town Saturday to counter protest the promised peaceful anti-racism rally.

A senior official with the local detachment said RCMP is planning to have a “respectful police presence” at the rally to ensure public safety for all who attend.

“This may include additional resources as required from outside the local detachment,” said Innisfail RCMP Sgt. Lori Eiler. “The RCMP are aware of the online reports and recognize that they are concerning.

“The RCMP will take steps to ensure that if anyone unlawfully interferes with or threatens the safety of any person or property they may be held accountable in accordance with the laws of Canada,” said Eiler. “The community can be confident that the RCMP will respond in an appropriate and professional manner should we be required to do so.”

Mayor Jim Romane commended the local RCMP for being on top of the reported intentions from the far right, and staying prepared for any group that opposes the intended peaceful rally.

“But their presence has to be known,” said Romane. “We count on (RCMP) to keep our community safe. They are following up on their responsibility. It is our full intent here to have a quiet and peaceful education process to address racism and discrimination in our community.

“Unfortunately there are people who want to take advantage of it for something else and that is why you have to be prepared somewhat for the worst,” added Romane. “I hope it is nothing like you see on TV when it comes to some of these special interest groups. We are going to do our best to keep it friendly.”

However, the Mounties will continue to monitor online posts, including the following from Troy Johnston with the hashtag #TruthMatters. There is a Troy Johnston who has online affiliations with the former Grande Prairie chapter of Soldiers of Odin, a far-right group that began in Finland in 2015 before spreading to other countries, including Canada.

“Putting together a road trip to Innisfail AB on Friday, anyone interested please PM me,” said Johnston in a social media post last week. “I will not let a small town in Canada get overrun with anti free speech or thought police!

“Innisfail population = under 9,000 Said no to a BLM protest. Now groups calling for Calgary and Edmonton people to overwhelm the town on Saturday, June 13th at noon (including ANTIFA members). I myself will not let this stand!!!”

The social media post ended with the #TruthMatters hashtag. The Albertan could not find any further reference on Twitter under the hashtag about the Innisfail rally.

Since being active in 2015, Soldiers of Odin quickly earned a reputation as being an anti-Islam and anti-migrant group, and one that was allegedly attracting white supremacists in the United States. Last year, social media giant Facebook banned all pages for Soldiers of Odin Canada, including those for the Grande Prairie chapter. An Edmonton chapter announced in 2018 it was changing its name to Canadian Infidels. The newly named group has denied holding any anti-Islamic or racist views.

The anti-racism rally has become national news since local organizer Brittany Bovey announced almost a week ago she was postponing the Black Lives Matter-themed event for June 13 due to a blitz of online protest, much of it hateful racist commentary on a Facebook page called Meanwhile in Innisfail, AB. That page, which had more than 2,100 members, is no longer active.

Bovey’s follow-up plan was to organize an event at an undetermined date that had a broader scope, one that would recognize the need to defend the rights of all minorities who encounter racism. However, following a meeting earlier this week with Town of Innisfail officials and the local RCMP it was agreed by all parties that the more inclusive event be held on the original June 13 date. Since those meetings with RCMP and town officials Bovey has elected to not talk to the media.

However, she reached out to The Albertan this morning (June 11) and said organizing efforts for the rally has been rejuvenated from significant and dedicated volunteer help from out-of-town supporters, notably from Calgary.

Bovey said she has also seen and heard the online reports that protest groups, including Soldiers of Odin and others opposed to the anti-racism rallies, may attend the Innisfail rally. However, she said she is confident that the RCMP, along with the town, is working together to pool all their resources for public safety.

“I am confident. I don’t want to sound naïve but you have to show this confidence towards fear. You can’t show that fear will take over you,” said Bovey. “You have to stand in solidarity and take precautions and everything will be OK.”

The Innisfail rally begins at noon Saturday at the green space beside NoFrills and concludes at 2 p.m.