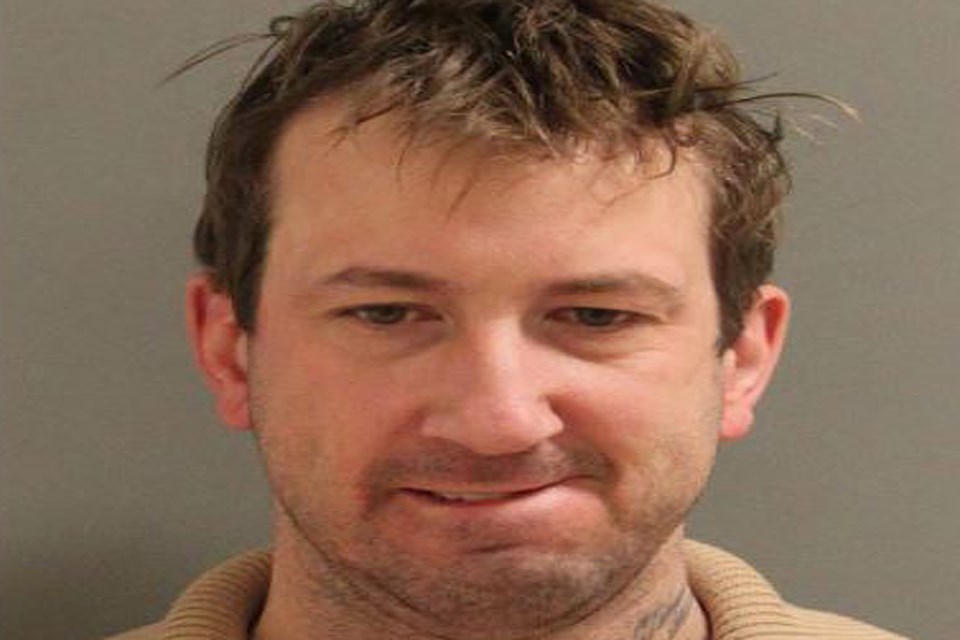 INNISFAIL — Mounties are requesting the help of citizens in trying to locate a potentially dangerous man who is wanted for several serious crimes in Innisfail and Red Deer.

On Sept. 11, RCMP issued a news release that Mounties were trying to locate 39-year-old Trevor Jacob Voll, whose last known address was in Red Deer in 2018. He is currently being pursued on arrest warrants out of both the Innisfail and City of Red Deer RCMP detachments.

RCMP Cpl. Laurel Scott said following an investigation that was launched in Innisfail on Sept. 4, Voll was charged with uttering threats, intimidation and criminal harassment. She said Voll is wanted in Red Deer on an unrelated occurrence for threats and assault with a weapon charges.

“I would. When you have somebody involved in uttering threats, weapons and assault, I would say so, yes,” said Scott. “He is a concern and that is why we put out the information for help to try to locate him.”

If any citizen has information on the whereabouts of Voll, he or she is asked to contact the Innisfail RCMP at 403-227-3342. If citizens want to remain anonymous, they can call Crime Stoppers at 1-800-222-8477 (TIPS), or go online at www.tipssubmit.com.

Innisfail RCMP release man after Dickson Dam area pursuit
Nov 27, 2020 4:00 PM
Comments
We welcome your feedback and encourage you to share your thoughts. We ask that you be respectful of others and their points of view, refrain from personal attacks and stay on topic. To learn about our commenting policies and how we moderate, please read our Community Guidelines.