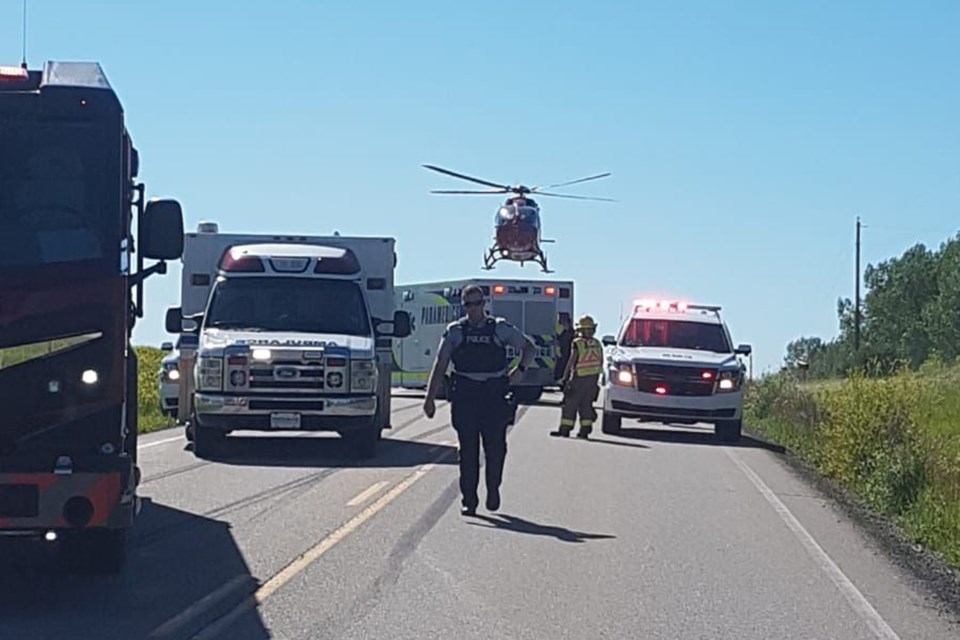 The scene of a collision on Highway 590 near Rge. Rd. 262 east of Innisfail. A 35-year-old Calgary man sustained serious injuries and was transported to hospital by STARS air ambulance. Photo courtesy of Innisfail RCMP

INNISFAIL — A man was transported to hospital by STARS air ambulance after a two-vehicle collision occurred on Monday, July 27.

“Initial investigation indicates that a 2001 Dodge Ram was hit from behind by a 2002 Dodge Caravan, both travelling eastbound on Highway 590,” an RCMP news release says.

The driver of the Caravan, a 35-year-old Calgary man, sustained serious injuries and was transported to hospital by STARS air ambulance.

No other people were injured in this incident.

Police said no more information on the matter will be released at this time.