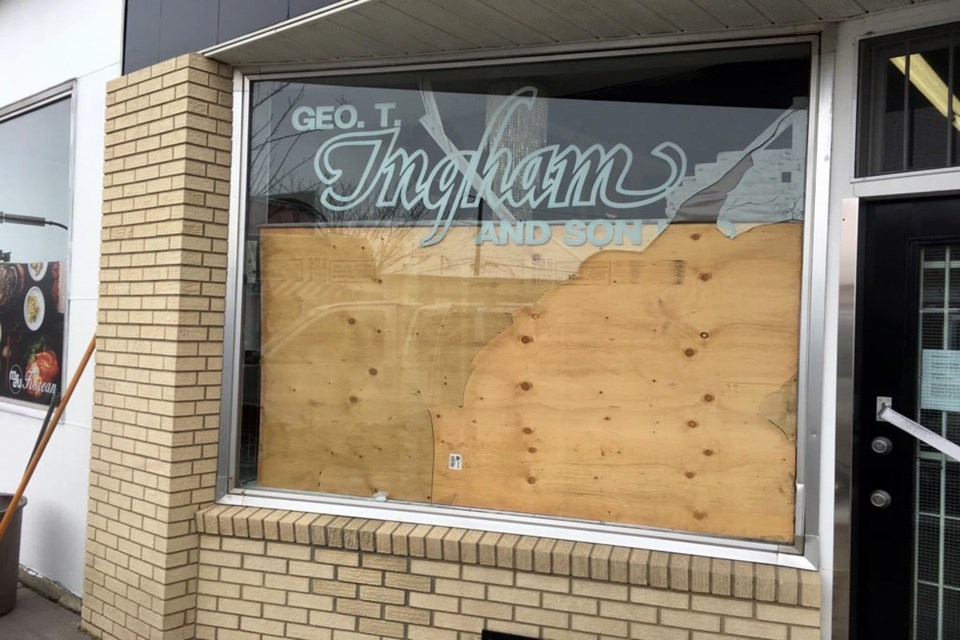 INNISFAIL – The town’s police chief is looking forward to meeting with town council and policing committee members to discuss how best to blunt community crime following a major and disturbing break-in at one of Innisfail’s most cherished commercial institutions.

Innisfail RCMP Staff Sgt. Chris Matechuk, who was recently away on a brief vacation, contacted The Albertan on Nov. 13. He confirmed that a Dec. 2 date has been set for him to meet with members of council and the Policing and Safe Community Committee.

That meeting was originally proposed and accepted by town council at its Agenda and Priorities meeting on Nov. 2.

Coun. Jean Barclay briefed council that the 104-year-old Ingham and Son Jewellers Ltd. store on Main Street was victimized by an early morning break-in on Oct. 19. The burglary caused serious physical damage and stock theft losses estimated to have a value of at least $20,000. The jewellery store was broken into two years ago and sustained the same amount of losses.

Barclay told council she would like to talk to Matechuk about whether his detachment members could work to “plugging that hole somehow” between 4 a.m. and 7 a.m. to improve downtown security.

Matechuk told The Albertan that issue is already being looked at by the detachment.

“It is definitely something we are looking at, something that will be ongoing as well,” added Matechuk.

He said the Innisfail detachment received an extra police officer from the province, which gave the local detachment one additional provincial police member to serve the rural areas within its jurisdiction.

“So, we have additional resources and we are looking at changes to our schedule or changes to hours, and that is something that will most definitely be discussed,” said Matechuk.

The Innisfail RCMP now has a staff complement of 18 sworn police officers, with eight provincially-funded and 10 funded for the municipality. The detachment also has six administrative staff members.

As for the break-in at the Ingham jewellery store, Matechuk said the investigation is ongoing.

“We can’t give anymore updates to where it is at, but it is definitely ongoing,” said Matechuk.

On Nov. 12, the RCMP issued a press release that it was seeking public assistance to find the person responsible for trying to sell stolen watches in connection to the burglary at the Ingham store.

RCMP said 47 Citizen and two Harley Davidson watches were stolen, and that Mounties are looking for information from anyone who is aware of persons trying to sell or pawn Citizen watches.