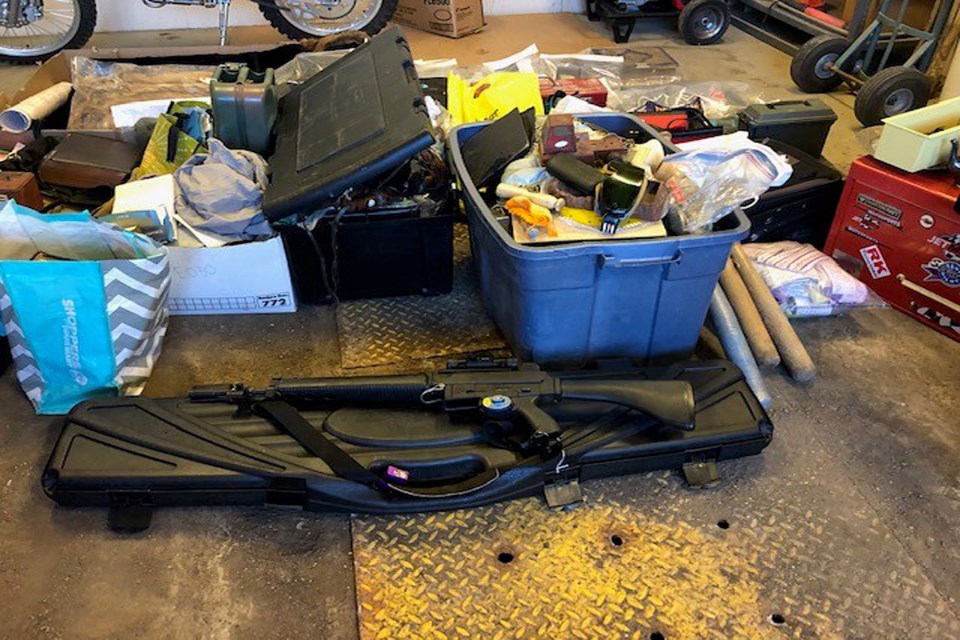 Some of the stolen items seized by RCMP after search warrants were recently executed near Penhold and in Innisfail. Photo courtesy of the RCMP

INNISFAIL – RCMP have arrested a local man and woman in connection to truck loads of stolen property recovered from break-ins in Innisfail, Olds and Bowden.

On Feb. 25, the RCMP’s Southern Alberta Crime Reduction Unit (SACRU), along with officers from the Innisfail and Olds detachments, executed three search warrants after a three-day investigation into multiple reported break and enters, said Cpl. Tammy Keibel, an RCMP spokesperson in a news release.

Keibel said the incidents occurred in the Olds, Bowden and Innisfail areas in January and February of this year.

She said search warrants were executed at two Innisfail properties, one on 56th Street and one on 54th Avenue. A third search was conducted at a property south of Penhold.

She said other recovered items included Bibles, as well as other items which were stolen from Innisfail’s St. Mark’s Anglican Church.

Keibel said Second World War items that were stolen from Bowden Pioneer Museum, including one assault-style rifle with the serial number partially filed off, along with ammunition were also recovered.

She said hundreds of items with price tags still attached had been stolen from a thrift store in Bowden and vintage store in Olds.
Melanie Prohl, 30, of Innisfail has been charged with:

• one count of possession of break in instrument

• one count possession of prohibited firearms

• tampering with a serial number on a firearm

• two counts of failing to comply with conditions

Following a judicial hearing, Prohl was released to appear to in Red Deer provincial court on March 5.

Keibel said a 32-year-old Innisfail male was also arrested and charged with three counts of possession of property obtained by crime, possession of break-in instrument and possession of methamphetamine. The male was released from custody and will be appearing on April 6 in Red Deer provincial court.

She said a third adult male was also arrested on three outstanding unrelated warrants during the investigation. Keibel said it is not known yet where he is from.

The investigation is on-going while RCMP continue to go through the recovered items, said Keibel.