Innisfail Mounties say they still have a garage full of recovered items to go through
Mar 5, 2021 1:30 PM By: Johnnie Bachusky 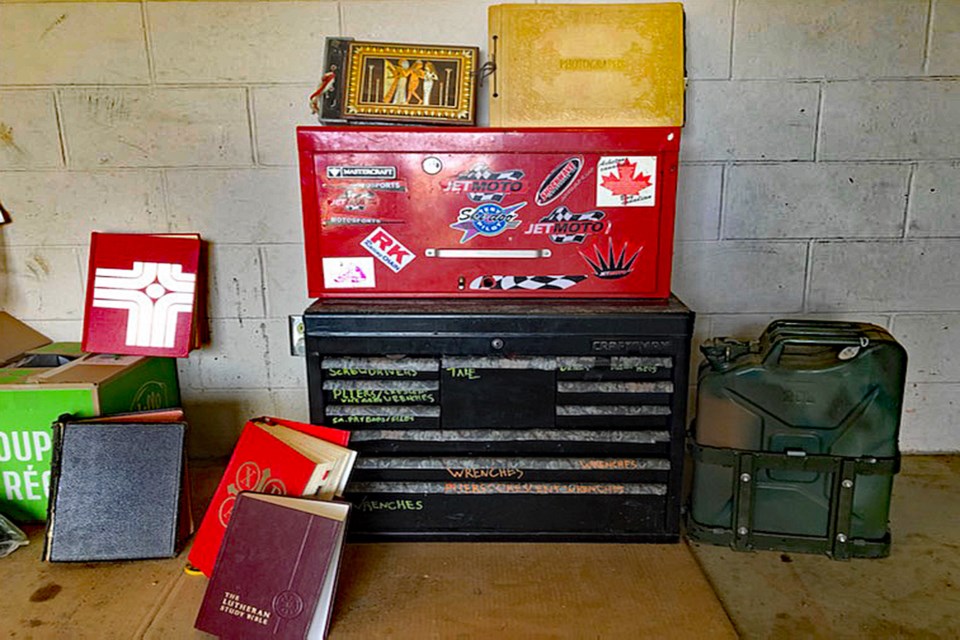 Some of the recent recovered stolen items Innisfail RCMP is still trying identify, mostly collectables from Innisfail, Olds and Bowden. Mounties are seeking the public's help to identify the items. Photo courtesy of the Innisfail RCMP

INNISFAIL – Mounties are still trying to sort through the huge haul of stolen property recovered during a huge bust late last month in Innisfail and near Penhold.

Some of the stolen property has been recovered but Innisfail RCMP are still also trying to find the rightful owners of items that now fill an entire garage.

“The amount of property is extremely comprehensive. We have just basically scratched the surface in itemizing stuff. We don’t have a list yet. We basically have a garage full of stuff that we haven’t even looked at,” said RCMP Staff Sgt. Angela Gilchrist, adding the RCMP have not yet determined the value of all the stolen property that was recovered in the operation.

“My understanding is that that’s the majority of the property we have is that it is all sort of collectable type items. We are talking about war memorial stuff, art work and just collectables items.

“There are a lot. You name it. It is just a bunch of random collectable stuff."

She said two victimized owners have claimed their rightful property from the busts but there is still considerable identification work to do yet.

“We are still sifting through everything,” she said.

On March 1, RCMP announced the arrests of a local man and woman in connection to truck loads of stolen property recovered from January and February break-ins in Innisfail, Olds and Bowden.

On Feb. 25, the RCMP’s Southern Alberta Crime Reduction Unit (SACRU), along with officers from the Innisfail and Olds detachments, executed three search warrants – two in Innisfail and one at a property south of Penhold - after a three-day investigation into multiple reported break and enters, said RCMP in a news release.

Second World War items that were stolen from Bowden Pioneer Museum, including one assault-style rifle with the serial number partially filed off, along with ammunition were also recovered, said RCMP.

As well, Mounties also recovered hundreds of items with price tags still attached had been stolen from a thrift store in Bowden and vintage shop in Olds.

Melanie Prohl, 30, of Innisfail has been charged with:

• one count of possession of break in instrument

• one count unauthorized possession of a firearm

• one count possession of prohibited firearms

• tampering with a serial number on a firearm

• two counts of failing to comply with conditions

Following a judicial hearing, Prohl was released to appear to in Red Deer provincial court on March 5.

RCMP said a 32-year-old Innisfail male was also arrested and charged with three counts of possession of property obtained by crime, possession of break-in instrument and possession of methamphetamine. He was released from custody and is scheduled to appear in Red Deer provincial court on April 6.

The investigation is on-going while RCMP continue to go through the recovered items.

In the meantime, if anyone believes they could identify any of the recovered stolen property items he or she is asked to contact Const. Neal Reynolds of the Innisfail RCMP General Investigation Section at 403-227-8514.