Innisfail prepares for celebration of winter on Family Day 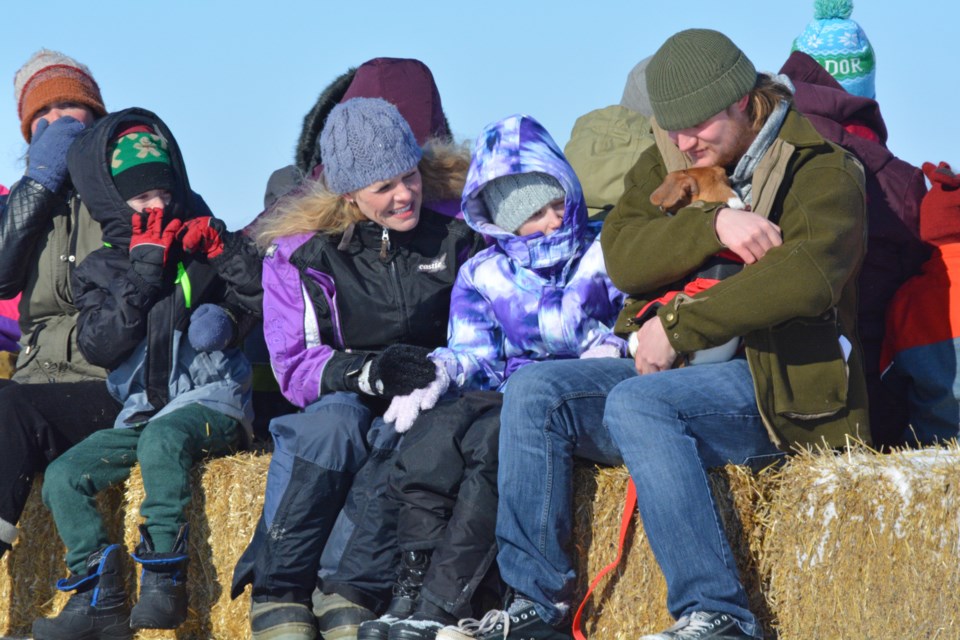 Families will enjoy a variety of activities as part of Innisfail's annual Family Day event on Feb. 17. File photo/MVP Staff

INNISFAIL – It will be a fun-filled day for families.

Innisfail’s annual Family Day event will include a variety of activities in town on Family Day, which falls on Feb. 17.

Things kick off with curling at the Innisfail Curling Club from 10 a.m. to noon and a pond hockey tournament organized by the Helping Hand Fund, which takes place at the Innisfail Arena and also begins at 10 a.m.

“We’re going to be running half-ice games starting at 10 o’clock at the arena for at least the first part of the day,” said Kane Williams, recreation program coordinator with the Town of Innisfail. “You can get a team together and participate. It’s going to be fun and we’ll provide the goalie."

In addition, there will be an indoor family skate starting at noon, along with hayrides, hot chocolate, a fire truck demonstration with the Innisfail Fire Department and a barbecue put on by the Innisfail Kinsmen Club.

Following that, the Innisfail Aquatic Centre will provide a swim time for families from 2:30 to 4 p.m. Citizens are asked to bring a non-perishable food item or contribute a monetary donation to the Innisfail and District Food Bank.

The Innisfail Ski Hill will be partnering with the Innisfail Lions Club to provide free skiing with no costs for lift tickets or rentals that day, noted Williams.

“There’s lots and lots of opportunities to get active on Family Day,” he said.

The pond hockey tournament is a new feature this year.

“We’re going to be hosting it at the arena so it actually is going to be an inside tournament,” explained Williams. “The idea is when we say pond hockey, it’s supposed to be really based on fun,” he added, noting co-ed teams will consist of different ages and skill levels, and games will be in a three-on-three format.

“That’s where we’re really just trying to make it a fun event. It’s the Helping Hand Fund that’s really spearheading (the tournament) but we brought the idea to them and they said they absolutely wanted to do that,” said Williams, noting there is a $25 registration fee per player and money raised goes to the Helping Hand Fund.

“It’s Family Day but it’s also a celebration of winter,” said Williams. “Because you’re in February, you’re past Christmas at that point and you’re looking for something to look forward to a little bit more and because Innisfail is such a great winter community. It’s an awesome opportunity to celebrate winter.

“There was a great turnout throughout (last year’s event),” said Williams. “The community really embraces it.”