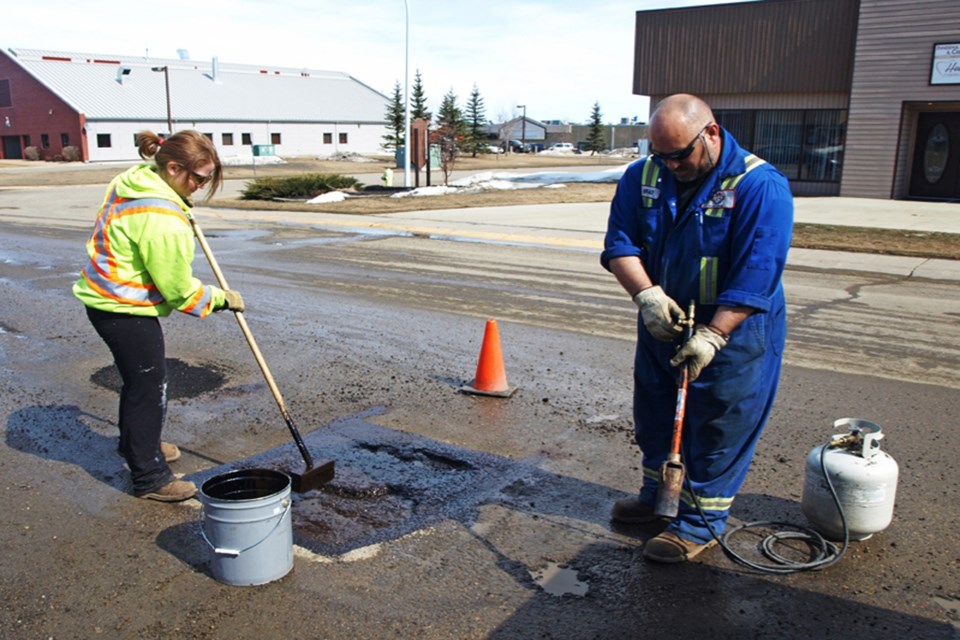 INNISFAIL – Town council has approved spending of more than $1 million for two road improvement projects and a new all-season tractor to keep streets and trails clean and clear of snow in the winter.

At council’s March 8 regular meeting, three separate motions were approved to award the two construction contracts, and the third to purchase an articulating all-season tractor.

Steven Kennedy, the town’s director of operations, told council the construction for 46th Avenue includes the replacement of the water main, sanitary main, along with services and road structure.

The road surface will be replaced with asphalt millings for the remainder of 2021 and will be paved in 2022 as part of the 2022 Surface Improvements Program. Council was told this work will be done with another contract.

The total project cost, including engineering, testing and contingency, is anticipated to be $708,155.58, which is under the anticipated project budget of $945,000.

The project is being funded from provincial Municipal Sustainability Initiative (MSI) funds.

Council also awarded and approved the construction contract for the 2021 Mill and Overlay Program.

Kennedy told council the mill overlay will be on 51st Avenue, along with other areas throughout town that were identified for spot repair.

He told council that in 2020 a full road condition assessment was completed as part of the State of Infrastructure Report.

Council was told roads identified for the Mill and Overall Program were based on having a poor rating but also not requiring underground utility replacements.

The total value of the project is $384,520.20, which also includes engineering, testing and contingency. The project value is under the budgeted amount of $500,000.

The $308,717.45 construction contract was awarded to Blackfalds-based Central City Asphalt Ltd. The project is being funded from provincial MSI funds and the Federal Gas Tax.

Kennedy’s final item was for the replacement of the town’s 2010 trackless utility tractor and attachments with a new 2020 articulating all-season tractor.

He told council the current unit has been experiencing increased servicing and repairs over the last three years. Council was told there has been about 20 service or repairs since 2018 that have cost about $21,000.

Kennedy said the specialized tractor is used for mowing and power broom in the summer, and snow clearing of the sidewalks, parking lots and trails and sanding in the winter.

Council was told the request for quotes issued by the town were closed Feb. 21 with three suppliers responding.

Kennedy said the “best value cost” was Cubex’s MV4.1 Municipal Tractor, which had a number of attachments that would be beneficial for the town.

Administration recommended purchasing the MV4.1 Municipal Tractor for a total purchase price of $189,730.

Council was told the new tractor would be funded from the town’s Public Works Equipment Reserve.