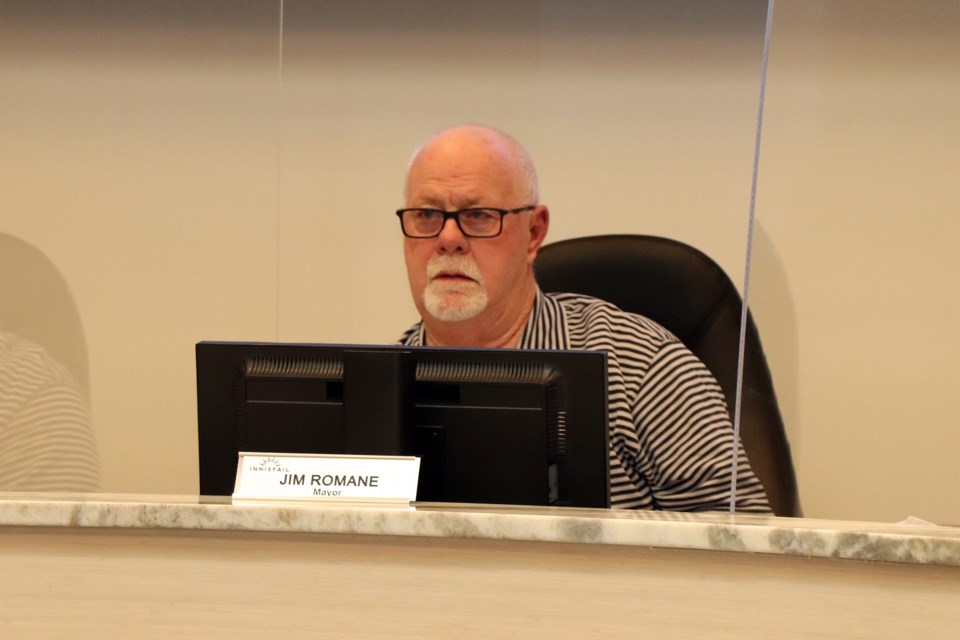 Romane was part of a teleconference town hall meeting with the premier and Dr. Deena Hinshaw, Alberta’s chief medical officer of health, on May 12. The meeting was available to all Alberta municipalities.

At council’s May 17 special meeting, during the closing roundtable discussion, Romane said he met with a local barbershop co-owner Natalie Klein to discuss an idea to present to Alberta Health Services as a way to soften the financial blow small business owners are facing with extended COBIV-related restrictions, ones that are closing the doors for weeks at a time and leaving them without any revenue.

“She said, ‘if I could just open one chair outside in the fresh air that would pay my bills’. But she said, ‘other than that if we are stuck and hit with another extension after this one (we’ll) close the doors, a lot of small businesses,’’ said Romane on May 19.

After telling council members he appreciated the local feedback, the mayor said during his message to the premier he passionately asked if there was going to be more provincial support to help small businesses.

“Small businesses are just borderline existing. If we are extending the current restrictions then we have to look at some options of other than a mass closure again or extension,” said Romane about his message to the premier. “Because these people are going to be bankrupt.

"Small businesses are just not going to make it. I don’t think any of us want to see that so if they have an idea to make a pitch to Alberta Health Services on what they can do, or modifications, for them to keep their businesses, something in a limited capacity, hopefully we can listen to them.”

“And I am totally on their side,” said Romane. “When I was in small business, I could not imagine going through a year like they’ve had.

“When you see the big box stores doing record sales and blowing everybody out of the water and they are all doing great but our small business guys are saying, ‘Whoa, we can’t even open up our doors and these guys have shoulder to shoulder people,” he added. “It’s not right. It’s just out of balance.”

Romane said he told the premier and Hinshaw that something had to be done for small businesses because they can not handle another COVID restriction extension.

“Whatever our plans are at the end of this one (extension) we better have a plan in place because these small businesses are going into bankruptcy,” said Romane.

“As much as you think the government has done for them it’s not enough. It still doesn’t pay the bills when you borrow money that you have to pay back.”

Romane said the premier acknowledged the hardship COVID restrictions have caused small businesses, adding he hoped they were accessing government programs for assistance.

“I also made a point with him (Kenney) that before we put more restrictions we better go to the small businesses and say, ‘do you have a solution”’ said the mayor. “Like this hairdresser (Klein) in town here said that if they could have one chair open in the fresh air and build a patio thing or something, they could get through things. It seems like our little guys are taking a hit for all of it.”

On May 19, the provincial government announced plans to spend up to $370 million on a new initiative called Alberta Jobs Now program, which is being claimed as the largest jobs training program in the history of the province.

The province is further claiming it will give jobs to 22,000 citizens. The program is designed to provide grants to businesses and non-profit groups that hired the unemployed.

The details of the program say employers will be able to apply for grants that cover 25 per cent of an employee's salary for a 52-week period.