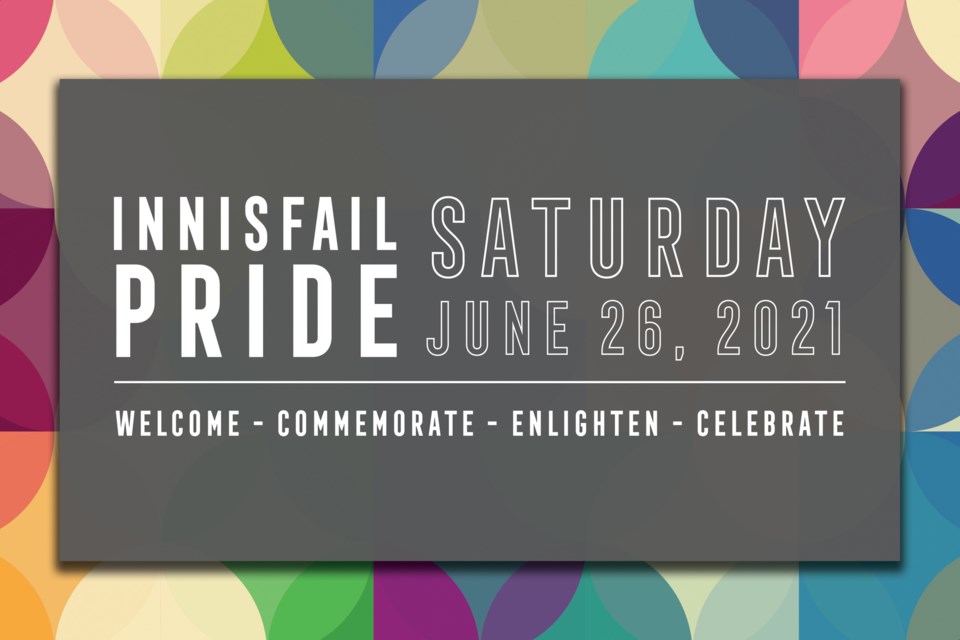 The Coffee Cottage will be the venue in Innisfail for the town's first Pride Celebration on Saturday, June 26. Submitted graphic

INNISFAIL – Throughout June as the country celebrates Pride Month, celebrations are gearing up in town for the first Innisfail Pride Celebration.

The local one-day event, created to honour lesbian, gay, bisexual, transgender, queer and 2-spirited (LGBTQ2+) communities, is on Saturday, June 26. It is called Pride at the Cottage.

The venue for the celebration is The Coffee Cottage, the popular restaurant located near the corner of Main Street and 49th Avenue.

The event, which begins at 11 a.m., will feature an exhibition called ‘Queer From Here’, high profile public figures – performers, politicians, sports figures, celebrities and changemakers – who identify themselves as LGBTQ2+. Their stories will be shared.

The Pride at the Cottage will also have a family barbecue from 1:30 to 5:30 p.m., as well as speakers and music and a social into the evening.

The event will be held both outside and inside.

Dale Dunham, who co-owns the restaurant with life and business partner Shaun Steen, emphasized that all provincial COVID restrictions in place at that time will be meticulously followed.

“Because of COVID so many events have had to be cancelled,” said Dunham. “Right now, anything that allows people to feel a part of something is what we are all looking for, and that is kind of what this is too.”

Dunham said the idea to host the event originally came from restaurant customers who told him about their pride in Innisfail and what they see as a maturing and more inclusive and diverse community where minds are being broadened. Most importantly, said Dunham, they wanted to be a part of this.

“But they don’t understand how to be an ally,” said Dunham. “Several have asked Shaun and I if there was any information we could provide, anything we could tell them and help them with being an ally to the queer community.”

Dunham said he mulled over ways to accomplish the request with his partner. However, about a month ago he was shown a photo of a 13-year-old child by a local parent who is a member of the LGBTQ2S community. Dunham was told the child wanted to go to school with a Pride flag painted on one side of their face, and glitter on the other.

“Here is a 13-year-old kid who is brave enough to go to school and show their flag and show and express who they are, and the child said to their mom that one of the things they wanted to do was to go to Pride,” he said. “That was the thing that struck me the most, was when they said they just wanted to go a Pride.

“This just isn’t about the LGBTQ2S community either,” added Dunham. “This is (for) anybody that is part of the community who doesn’t necessarily feel welcome or who has had situations where they feel excluded because of gender, sexuality, any of those things.

“So, the fact that this was so important for this kid I literally went to Shaun and said, ‘Shaun, we are having a Pride event, and he said, ‘OK, when?'”

With the decision made, the local Pride event is now on for June 26. Citizens have rallied around the local business couple to help.

“This just isn’t for the youth of the community. It is for everybody, every demographic,” he said, noting the event is also very much for their allies. “Sean and I have a lot of allies in this community.

“This particular event is definitely for the LGBTQ2S community but also the community at large as well,” added Dunham.

“If you don’t have people who are standing up and being heard, who else is going to do it?”

For more information for the Pride at the Cottage celebration visit the website at www.innisfailpride.org