Campaign could see American-style forums with no audience
0
Mar 23, 2020 3:10 PM By: Johnnie Bachusky 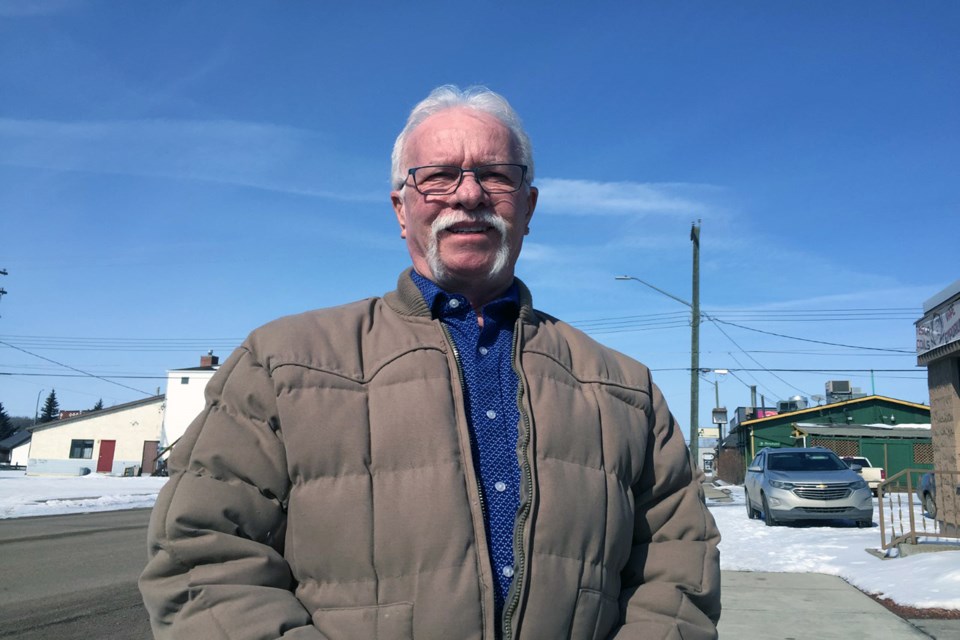 Don Harrison, a former manager of the Innisfail Royal Canadian Legion, has already declared himself a candidate for an expected byelection to fill a vacant seat on town council. Johnnie Bachusky/MVP Staff

INNISFAIL – Town council is expected to officially move forward this week with a byelection that is almost certain to be like no other.

At council’s special meeting on March 16, administration was directed to bring back a byelection bylaw for an early June byelection.

“We will set a date next (March 23) and it will be in the first week of June. We are working on that date right now,” said Becker on March 17.

The Innisfail byelection, being held to replace Doug Bos who resigned on March 9 could be one of the most interesting elections - municipal, provincial, or federal - in the history of Canadian politics.

With the COVID-19 virus locking down almost all large venues in every Canadian municipality, and with public warnings from health officials advising citizens to practice social distancing to reduce the probability of contact between persons carrying an infection, it will be a challenge for candidates to pitch their platforms during the campaign, and for any external group, such as the Innisfail & District Chamber of Commerce, to host an all-candidates forum.

Becker said discussions at town hall have already begun on how to overcome the current challenges of organizing a civic byelection during a pandemic. It is also a problem not lost on Don Harrison, the former manager of the Innisfail Royal Canadian Legion, who to date, is the only declared candidate seeking the nomination for council.

“It is certainly going to be difficult,” said Harrison. “I think through technology we could certainly set up some YouTube or social media stuff.

“I would hope that the chamber could set up something at the legion or at the learning centre, just the candidates. They are using that technology in the States for the primaries,” he said. “People can come in online, submit their questions and they can be answered for there, or questions that come from the media or other people, just like a regular forum.”

During the March 16 special council meeting Becker presented a report to council that outlined the provincial Municipal Government Act’s requirements it must follow to organize a byelection.

Council was told a byelection must be held to fill a vacancy if it occurs six months before a general election, and that it should occur 120 days after the vacancy, or sooner if council chooses. The next general election is 19 months away in October of 2021.

Becker’s report recommended holding the byelection around a 90-day window, which would be in the first week of June. Council also had the option to send a request to the provincial minister of Municipal Affairs to extend the current council vacancy to the next general election in 2021.

Council members at the special meeting on March 16 unanimously agreed to move forward to have staff come back on March 23 with a byelection bylaw.

Locals create window walk of art to fight the COVID-19 blues
Apr 2, 2020 2:30 PM
Comments
We welcome your feedback and encourage you to share your thoughts on this story. We ask that you be respectful of others and their points of view, refrain from personal attacks and stay on topic. To learn about our commenting policies and how we moderate, please read our Community Guidelines.