Controversial issue could be decided in February
Nov 28, 2020 3:00 PM By: Johnnie Bachusky 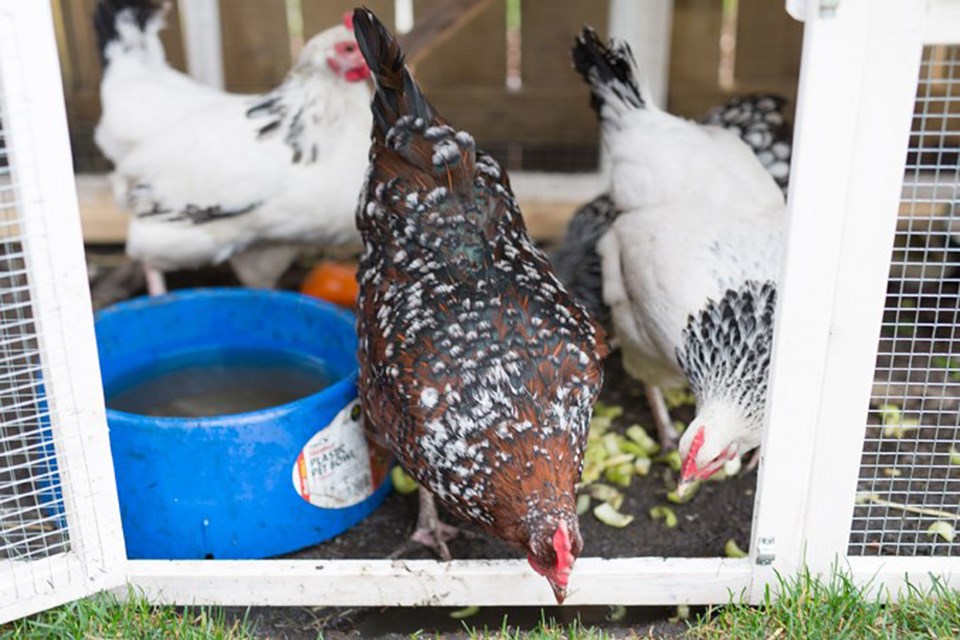 Innisfail could finally decide this coming February which way it will go on the contentious issue of urban pet chickens. File photo

INNISFAIL – The urban chicken issue was once again debated by town council and if the community’s elected leaders like what administration brings back in three months, fowl-loving citizens could soon be legally allowed to have pet hens in their backyards.

But maybe not. Following council’s regular meeting on Nov. 9 administration was left to the task of developing the criteria for an Urban Hen Pilot Project by Feb. 15.

Council can reject what administration brings back, which would end the discussion on having an urban chicken pilot project, or they can approve it and immediately start a program for the community.

Council also has the option to move forward with a plebiscite in next October’s general election on the contentious issue.

The plebiscite issue was raised when Vanessa Connors, the town’s legislative executive assistant, presented a report that stated that municipalities in Alberta are only allowed to initiate non-binding plebiscites, and not binding referendums, which was earlier pushed by some members of council.

Connors told council that if a binding referendum-type of vote was sought a citizen petition would be legally required to collect signatures from 10 per cent of the municipality’s population, which in Innisfail’s case would be about 800.

Coun. Don Harrison, who initiated the latest urban chicken issue and who preferred to have a binding referendum vote, said he would still like to see a plebiscite, even while knowing it’s non-binding.

"This question still needs to go to the public.I firmly believe that and whether or not it is binding or non-binding we would have to cross that bridge when we get to it but I would absolutely like to go forth with a plebiscite," Harrison said. “The results come in as they come in and then the council of the day would decide once and for all of where the urban hen program might land.”

With the referendum versus plebiscite issue seemingly sorted out for council, Todd Becker, the town’s chief administrative officer, then sought answers on the direction council wanted to take.

“We need something to go out to the public so they are informed with information on what the program might look like so they are informed when they are casting their vote next October,” said Harrison, who created a motion for administration to develop the criteria for an urban hen pilot program for council to consider.

Coun. Jean Barclay wanted to know whether the motion was putting the “cart before the horse” as the town should be deciding whether it was going to have a plebiscite.

“Why do this work if there is not going to be a plebiscite? Should these two things go together?’’ Barclay asked. “Council has not decided whether we will have a plebiscite. If you do the work to put together the pilot project and then council decides not to have a plebiscite that seems to be an awful lot of work for not.”

Becker countered it was a “fair” thought, but the public should know what an urban hen pilot program is beforehand so that they know what they will be voting on.

In the end, council approved a motion to accept Connors report as information and for administration to develop criteria for an Urban Hen Pilot Project by Feb. 15.

Coun. Gavin Bates said with all the prior discussions on the urban pet chicken issue and all the work already done by administration, there was not a “massive amount of work” left to do and that it should not be a problem to have things ready for council’s consideration by Feb. 15.