Town council members tell him his support of barbershop COVID-restriction defiance is unacceptable and illegal
Jan 11, 2021 9:00 PM By: Johnnie Bachusky 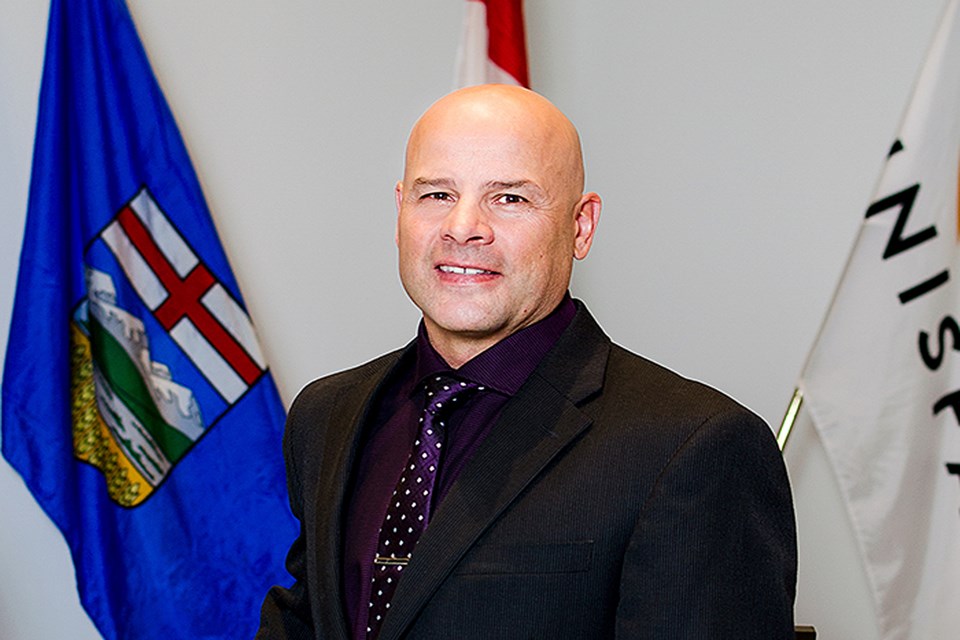 Glen Carritt has resigned from town council after being confronted Jan. 11 by other elected officials about his support for an Innisfail business couple who plan to defy provincial COVID restrictions by re-opening their business. Town of Innisfail photo

INNISFAIL – Outspoken town councillor Glen Carritt resigned from town council Monday (Jan. 11) after being confronted by other council members that his support of a local business defying a provincial COVID restriction was wrong and illegal.

His resignation came less than a half hour into the council meeting, a session that was once again plagued with online audio problems.

The meeting began with an opening statement from Todd Becker, the town’s chief administrative officer, who gave background information and his interpretation of the Council Code of Conduct Bylaw and sections under the Municipal Government Act. Last weekend, at least two town councillors said they believed that Carritt had at least violated the municipal bylaw.

Carritt, who declared late last year he was running for mayor in the general municipal election this October, insisted last weekend he was not breaking any laws and that he was only supporting the local couple to “move forward.”

The Albertan attempted to contact Carritt for a comment but he did not immediately reply to the newspaper’s request.

Serious questions have been raised in the community since last weekend over Carritt’s online support to the co-owners of Bladez 2 Fadez Barbershop, who are planning to re-open for business tomorrow (Jan. 12) in defiance of provincial COVID restrictions.

Effective Dec. 8 barbering and hair-styling businesses were ordered closed for 28 days, and that order was extended Jan. 7 for an additional two weeks.

Carritt’s support for the couple was made known through comments and a supporting graphic on his Facebook page Glen Carritt - Working With The Community Moving Innisfail Forward.

Following Monday’s council meeting mayor Jim Romane said elected members went around the table to openly discuss what transpired over the weekend with social media posts and an online news story by The Albertan.

"It gives the impression he is representing council and he's not. I made it very clear to him. I said, ‘we totally understand the plight of small businesses all over in the community, and it’s difficult to go to one and say, ‘OK, break the law',” said Romane. “Council has chosen to cooperate with Alberta Health Services and their (COVID) regulations.

“There are people who are calling (council) thinking he is representing council, and pretty much everybody saying, ‘what’s he doing',” he added. “I said, ‘so we got a situation here where do we go from here?’ He said, ‘no problem. I will resign'.”

Romane said he was shocked by the sudden resignation by Carritt.

“I was. I was hoping there would be some resolution to it but Glen is very strong-minded about it,” said Romane. “But with our code of conduct for council and the Municipal Government Act we are breaking the law if we go against the directions from the health authorities.”

Coun. Don Harrison defended his strong comments last weekend to The Albertan against Carritt’s support for the business, adding on Jan. 11 the now resigned councillor’s “behaviour was wrong.

“He violated our code of conduct and our official oath,” said Harrison. “I stand by that.”

It is not known at this time whether there will be a byelection to replace Carritt before this October’s election. It is expected that a report and a recommendation will soon come from Becker on the best way forward.