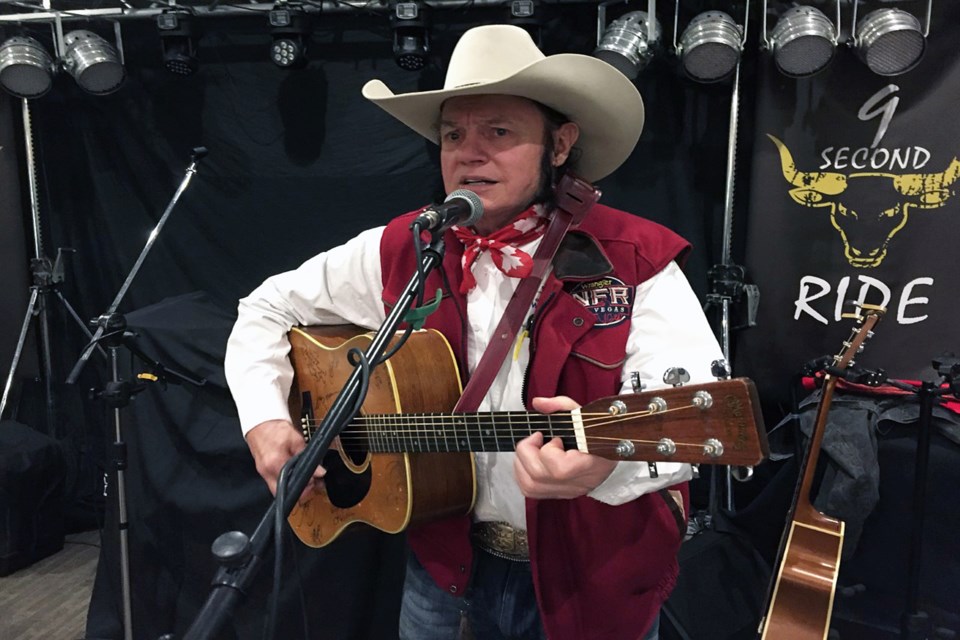 INNISFAIL- The grand summertime country music Pick-Nic held every year at the Daines Rodeo Ranch Grounds will not go ahead this year – at least not in August.

Country music legend Ivan Daines, who was inducted into the Alberta Country Music Hall of Fame last January, has decided to postpone the festival, which would have been the 44th annual Ivan Daines Friends & Heroes Country Music Pick-Nic.

He said there are still too many COVID-19 pandemic restrictions still in place to hold the Innisfail-area event in August, which has traditionally attracted hundreds of country music lovers from Alberta, western Canada and the United States to see top-of-the-line music stars and new talent.

Although current Alberta COVID-19 guidelines have a 200-people restriction for audience-type outdoor events, such as festivals, rodeos and sporting events, Daines said there are just too many other guidelines still in place that would seriously challenge hosting a successful event.

“I am going to give it a month or something,” said Daines, adding he will even wait into the fall but only if the weather is still agreeable. “It is hard to make it work there because people want to camp there and stay there, and that is what they are used to. It is kind of hard to make them (guests) change.

“I don’t want to get into any trouble, or have anybody injured or killed,” he said, adding he agrees with all the safety precautions in place to deal with the pandemic. “The county is concerned and the health services is concerned, and I don’t want to do anything that is not proper.”

Daines said he has been getting numerous calls about the event but has told them the obstacles confronting the event were just too much.

“If there is a change in the programming of it by the health and county officials I will have it,” said Daines. "There is a protocol in place that says people have to be six feet apart, cleaning your hands and you can’t be together at night. You can hardly say you can’t come into the dance hall because you’re too many or too close.”

He said the postponement is especially difficult this year on a personal level because his induction to the hall of fame this year was made in large part because he is a huge supporter of Alberta country music talent, with many of the up and coming stars getting their first taste of success at his annual Pick-Nic.

“I haven’t give up. I hoping it turns for the good, not the bad. It looks like Canada is turning a bit for the good,” he said of the pandemic crisis. “The main thing is if (health officials) change the direction a little bit for easier get-togethers. Right now it is a little hard if you have to sit two yards apart.”