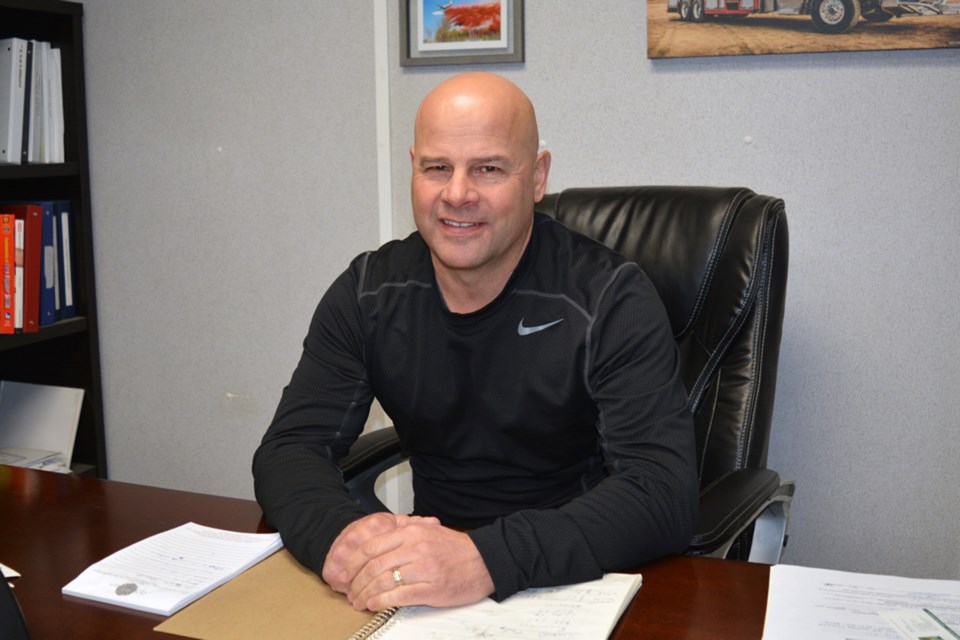 INNISFAIL - The judicial hammer has fallen on Glen Carritt.

On May 6, Court of Queen’s Bench Associate Chief Justice John D. Rooke ruled in a three-page decision from Calgary that Carritt, along with the Whistle Stop Café in Mirror and its operator Christopher Scott, be restrained from organizing, promoting and attending an illegal public gathering, ones in conflict with the Public Health Act, at either a public or private place. The decision also forbids them to even promote illegal gatherings by social media.

The court decision also states that if anyone under the order breaches any condition they can be brought before the Court of Queen’s Bench and could be held in civil contempt.

The action against Carritt, the Whistle Stop Café and operator Scott was initiated by Alberta Health Services (AHS), and one day after AHS shut the doors of the Mirror truck stop, preventing the operator access to the building until he can demonstrate the ability to comply with Alberta’s COVID restrictions, as well as requirements under Alberta’s Public Health Act and Food Regulation.

The government agency’s action against Carritt comes as the former town councillor was preparing for his highly publicized intention to host an outdoor Family Jamboree in Innisfail on May 15. Carritt, who is running for mayor in Innisfail for the Oct. 18 municipal election, was a featured speaker at a recent anti-lockdown rodeo near Bowden.

The Albertan invited Carritt to comment on the court decision but his only response before publication was wanting to know how the media found out about the matter before he did.

On its website, AHS said its action sought a court order against all other organizers of advertised illegal gatherings and rallies breaching COVID-19 public health orders.

“AHS strongly condemns the intentional disobeying of COVID-19 public health restrictions,” said AHS, which noted its successful application also imposes “significant consequences” on the organizers of illegal events and deters others from organizing similar events in the future.

“It is extremely disappointing that people would knowingly put their fellow Albertans at risk by ignoring the current rules, particularly with increasing cases and the growing pressure on our healthcare system,” added AHS. “With COVID-19 cases increasing, including the more easily transmitted and potentially more severe variants, there is urgent need to minimize spread to protect all Albertans.”