INNISFAIL – Construction on the brand new Autumn Glen Lodge in Innisfail has finally begun. It was confirmed through the Premier’s Office on Oct. 29 that a request for proposal for construction was issued over the summer and a vendor was chosen.
Oct 30, 2018 9:45 AM By: Kristine Jean 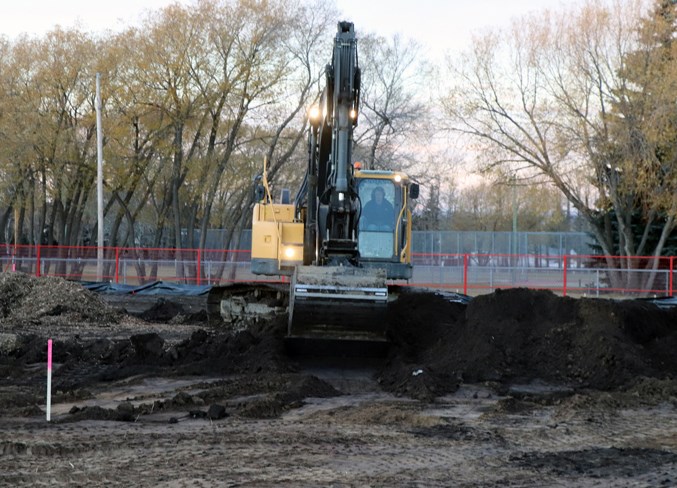 Ground breaking at the site for the replacement of the aging Autumn Glen facility has begun.

It was confirmed through the Premier’s Office on Oct. 29 that a request for proposal for construction was issued over the summer and a vendor was chosen.

Work on the site began on Oct. 10, with the lodge expected to be ready for occupancy in the fall of 2020.

The new $24.5-million seniors’ housing home, which will be a three-storey, 74,000-square-foot seniors’  independent living facility, will include 90 units. It will sit on the southwest corner of the current 5.74-acre property.

“I am so happy to see this project moving forward. I know shovels are in the ground and residents of Innisfail are eager to see doors open,” said Lori Sigurdson, minister of seniors and housing in an email statement. “Investments like this are just one way our government is fighting for what matters, like safe affordable housing for seniors.”

Connie Huelsman, board chair for the Parkland Foundation, referred comments to the provincial government, but did say she is pleased to see the project finally begin construction.

“We’re very pleased and encouraged to see the progress (and construction on the new facility) is finally starting and getting the project underway,” said Romane.

“We haven’t received any formal information or update but we can see what’s going on (with the) equipment in there now.”

Romane said he cannot speak on details about the construction phase, but recalled some information provided when the announcement was made.

“I think at one time we were told it was a 22-month project,” he said, noting the timeline was last discussed with him two or three months ago. “The last I heard it was going to be close to two years before it’s done.”

Romane said it would be good for the town and council to be informed of the project’s progress and development.

“I think we will be requesting an update,” said Romane. “I think it’s time we did request an update.

“It would be encouraging to get a formal update as to how the project is going and what sort of completion dates we’re looking at now,” Romane concluded.