For Olds resident Dani-Lynn Trentham, music has been a part of life for as long as she can remember. “I have always been really influenced by music,” the 16-year-old singer-songwriter and guitar player said.
Mar 20, 2012 1:00 AM By: Mountain View Today Staff 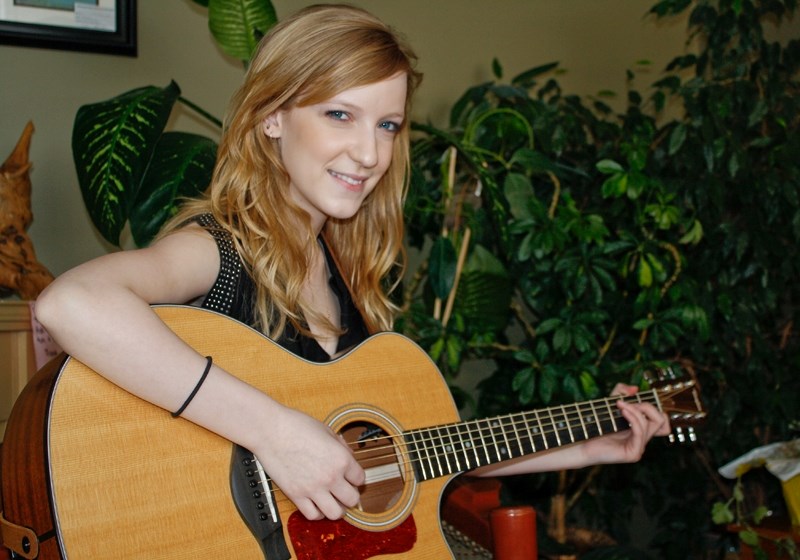 For Olds resident Dani-Lynn Trentham, music has been a part of life for as long as she can remember.

Trentham played a two-hour set at Willowbrook Coffee House on Feb. 24, performing songs off her debut album, You're Not Alone.

Before taking up guitar Trentham had played clarinet in school, and had also wanted to learn to play the piano.

“Guitar was always my favourite though,” said Trentham, who picked up the instrument and has been playing acoustically for over two years.

Singing has been something that Trentham has been doing and working on for as long as she can remember, though.

“My mom used to say that I could sing before I could talk,” said Trentham.

Trentham added that her family have been her largest supporters with her music, and frequently attend her gigs.

Some of Trentham's current musical influences are Taylor Swift, Adele, Carrie Underwood and Lady Antebellum, but the main inspiration for her first album came from personal experience.

“At the start I was going through a tough time, because my grandpa had passed away,” Trentham explained. “I focused everything I had on songwriting during that time. The album is a musical journey of the sorrow of his passing away.”

Of all the songs on her album, one holds special significance to Trentham.

Grandpa's Song (Hero) was a song that Trentham had written chiefly for her grandfather before he passed.

In the future, Trentham said she definitely wants to continue with her music, and also has aspirations of attending Belmont University in Nashville, Tenn., after graduating from high school.

“I want to go there for business, and run my own music business career,” said Trentham. “I want my music to be heard.”