Australian “country rock and roll” band The Re-Mains will be in Olds for their first time at Tracks Pub this upcoming Friday, and attribute their authentic country-rock edge to playing “small towns and weird venues, in places exactly like Olds,” said
Aug 2, 2011 1:00 AM By: Mountain View Today Staff 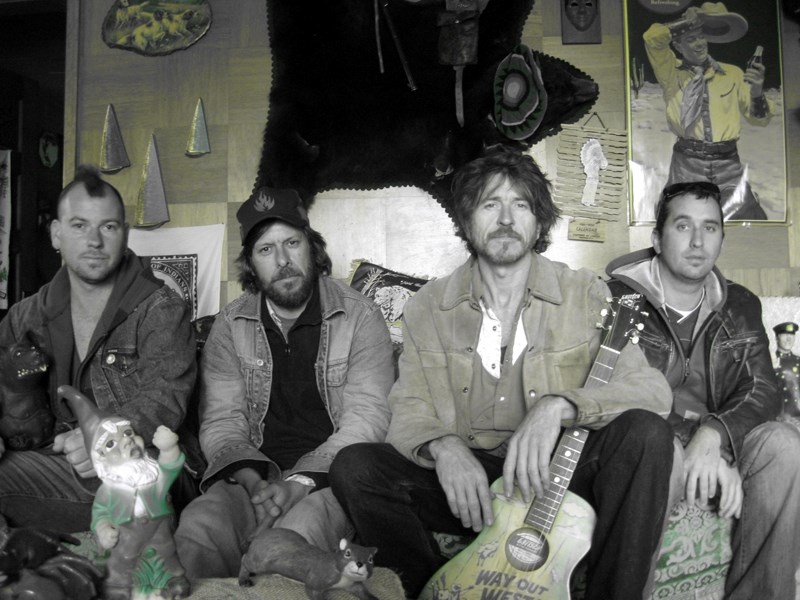 Australian “country rock and roll” band The Re-Mains will be in Olds for their first time at Tracks Pub this upcoming Friday, and attribute their authentic country-rock edge to playing “small towns and weird venues, in places exactly like Olds,” said singer/songwriter Mick Daley.

“We have lived (country-rock and roll) to the letter in Australia for nearly 10 years, playing every rodeo, outback pub, seedy city dive, festival and fiasco in the country,” said Daley.

They continue to live out their country rock and roll touring style in Canada, and Daley says the band has played just about every venue between Vancouver and Montreal between its three Canadian tours.

The Re-Mains are carving their way across Canada, touring their recent release “Courage...and Shuffle the Cards,” their fourth record since forming in 2002.

“I was in London, working as a journalist. Butcher was in rural Bentleigh raising a family, and Ivin was in Sydney working as a sound engineer and rock and roll guitarist.”

Daley said each of the band's members has history in the gritty Australian rock scene before joining to form The Re-Mains.

Butcher was guitarist for the grunge band Nunbait (who toured with Nirvana), Ivin was part of hard rock acts (including the hugely popular The Thermals), and Daley was a member of “weird art-punk outfits such as The Bush Punk Cowboys.”

“We all wanted to explore countrified music and threw up our electric guitars for acoustics and harmonicas, banjo and pedal steel,” said Daley.

They set to work writing songs, and when they had a decent batch, began touring with what Daley calls “a feral rhythm section snatched from Nimbin, Australia's mystical hippy hamlet.”

“The name The Re-Mains appeared in a notebook of mine at some time, I don't remember writing it, and seemed appropriately enigmatic and portentous.”

Over time, the name has become quite fitting, said Daley.

“We've had more lineup changes, mishaps and melees than the Melbourne Hit Man's Association,” he said.

Unfortunately, Butcher (or “Uncle Burnin' Love” as Daley calls him) will not be joining the band for this tour as he is recovering from a successful battle against bowel cancer.

“Sadly, his signature banjo mastery is absent from the sound of country rock and roll on this tour, but Ivin's majestic steel and guitar work compensates for it,” said Daley.

The group has written a handful of songs dedicated to Canadian cities, including “Darn Tootin' in Saskatchewan,” and “Winnipeg Girls.”

Daley said he is currently working on one entitled “Back to Big River”, which will pay tribute to the North Saskatchewan river and the Ness Creek Festival, where many of the band's most fervent supporters have been found.

“I'm always writing new songs about the worlds we encounter. It's part of the artistic impulse that drives me to keep galvanizing this band into action.”

The Re-Mains are also playing the Mountain View Music Festival the next day (Saturday, Aug. 6) at 10:30 p.m. on the Twilight Stage at Barley's Pub in Carstairs.