Tracks Pub is turning two, and the popular hangout and music venue at the corner of 49 Ave and 50 St. in Olds is celebrating its second birthday this Saturday with a trifecta of local talent.
Sep 20, 2011 1:00 AM By: Mountain View Today Staff 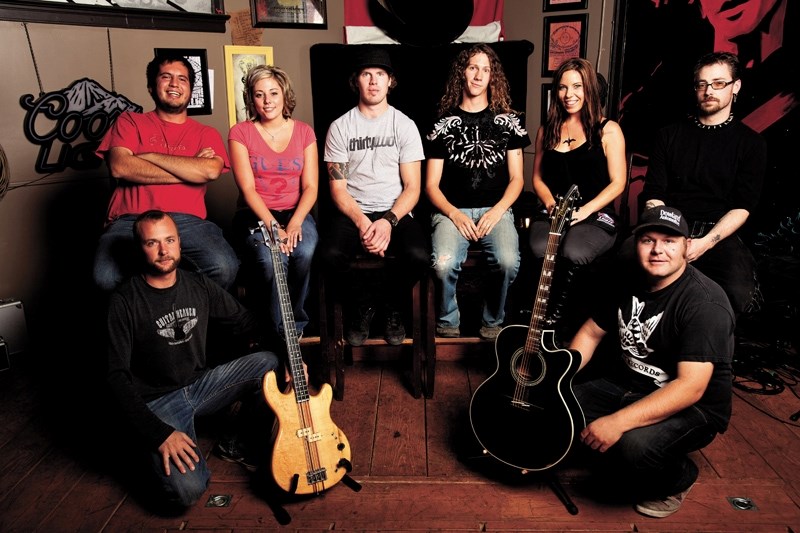 Tracks Pub is turning two, and the popular hangout and music venue at the corner of 49 Ave and 50 St. in Olds is celebrating its second birthday this Saturday with a trifecta of local talent.

Scott Van De Pypekamp, who co-owns and operates the pub with Kurtis Husted, said he couldn't be more pleased with the way he and Husted's vision for Tracks Pub has become a reality.

“Our main purpose was for Tracks to be a music venue,” said Van De Pypekamp. “The music industry has really put us up there as a legitimate tour stop.”

This, Van De Pypekamp said, is why Tracks Pub has been able to garner performances by “bands of higher quality than I thought would be willing to play here.”

“We've earned a good reputation. We love it, and we want to keep going with the music.”

In the last two years, more than 250 acts from all across Canada, the U.S. and Australia have visited Tracks. These include Juno award winners, Canadian Idol competitors, and performers and bands of international acclaim like Fred Eaglesmith, illScarlett, Econoline Crush, and Julian Austin, to name a few.

Van De Pypekamp said Tracks is more than happy to welcome the steady stream of new customers it seems to receive on a weekly basis.

“We still get people coming in here saying it's their first time. It's shocking actually, but we love it. It means that there's still room to grow.”

Technical difficulties with the audio system that occurred during the pub's inaugural weeks have been worked through, and Van De Pypekamp said the overall production of the shows has vastly improved.

“We were pretty inexperienced when we started this, and the learning curve has been extremely steep. But year three is going to be even better than one and two,” said Van De Pypekamp.

In conjunction with the second birthday, Van De Pypekamp said menus are currently being revamped, and he hopes they will further improve the speed of service.

“The new menu will be coming out shortly, eliminating some of the longer items that slowed us down,” he said.

The community has embraced Tracks, and has grown to be a favourite of many locals, said Van De Pypekamp.

Local Karly Pompo said she loves Tracks, though she only began going a few months ago.

Fabian Weber of Bowden said a friend suggested the go to Tracks together a few months ago, and since then, it has become his regular pub.

He also said he enjoys Wednesday's open mic night, which “is something everybody should go and check out.”

“Overall, we've had lots of community support, and it seems to still be growing,” said Van De Pypekamp. “From rural hockey coaches, to teachers, and college students, the diversity of our clientele has been awesome for us.”

“We've been in the community forever, and we're grateful for the support from those we know and those we didn't until now,” said Van De Pypekamp.

“It's been awesome for us, and we're looking forward to many more years.”

Though the official birthday was last month (August 7), Van De Pypekamp said he and staff decided it would be best if they held off from holding celebrations that weekend, as they didn't want to detract from the Mountain View Music Festival that was occurring at the same time.

“We enjoy that, so we didn't want to be competing against it.

“I don't know if we're allowed to do that (change our birthday), but not very many people have noticed yet,” he said with a laugh.