The Joys' Sarah Smith strikes out on her own

After touring Canada and the U.S. for the past decade with The Joys, lead singer Sarah Smith is venturing out on her own. She will stop at Tracks Pub on April 20 during her first solo tour to promote her first solo album, which comes on June 22.
Apr 10, 2012 1:00 AM By: Mountain View Today Staff 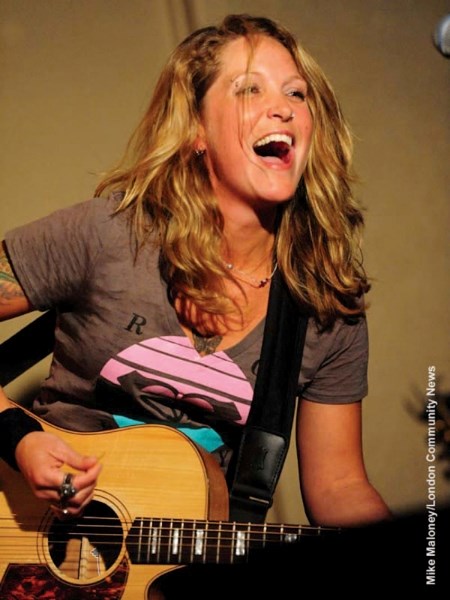 The Joys lead singer Sarah Smith is venturing out on her own and will be playing Tracks April 20.

After touring Canada and the U.S. for the past decade with The Joys, lead singer Sarah Smith is venturing out on her own.

When The Joys decided to take a break last year, Smith seized the opportunity to go solo.

“The Joys had been working for 10 years straight. We worked very hard. It became time that we were considering a member change in the band,” said Smith.

With the Joys, Sarah Smith played over 200 shows a year and opened for Sam Roberts, Robert Plant, Matthew Good, Finger Eleven, The Trews, Sloan, Snoop Dogg, and Bedouin Soundclash among others.

“We toured relentlessly all over Canada and the US. We gained fans one at a time at our shows,” said Smith.

The band's touring schedule and popularity enabled Smith to become a full-time musician, something she had never dreamed of while growing up in small Ontario farming town.

“When I was 18 years old, I moved to New Zealand. I kind of started learning that I really enjoyed playing music and writing music,” she said.

“When I got back to Canada, I decided to go to Royal Military College. I had to join the army. I went to college for a year and that's when I realized that I wanted to try doing music full-time.”

Smith says her music is inspired by her life. As a young adult, she took to music to express her feelings of not fitting in and feeling different.

“What I did was I took my music and I was able to have an outlet,” she said.

Spectators can still expect to hear rock and roll music at Smith's show.

“It will be raw, because it will be a drummer and me on an acoustic guitar,” she said.

“It's something you can chill out to, but it's also something that will move you. I hope people will feel my passion through my music and my voice.”

For more information about Sarah Smith or to listen to audio samples, please visit www.sarahsmithmusic.com .