“We're not good stewards of our water. We pollute water in so many different ways. We can't get new water."
Nov 16, 2020 11:45 AM By: Joanne McQuarrie, Local Journalism Initiative Reporter 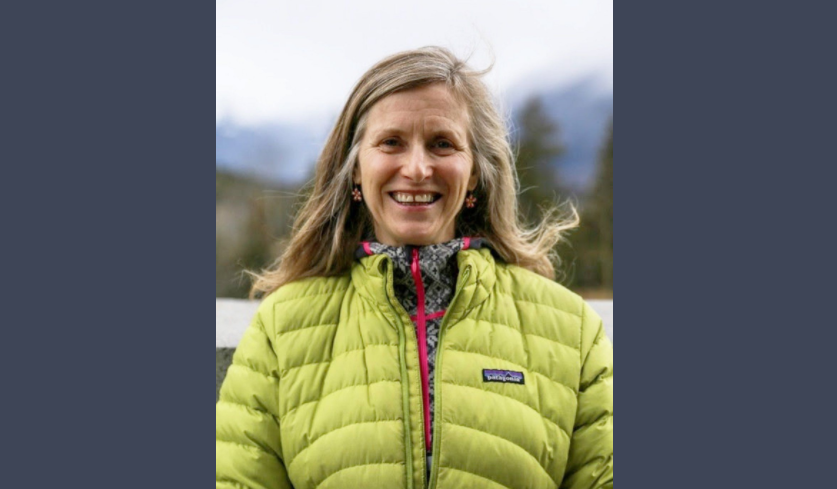 Lynn Martel has written a comprehensive book about glaciers and is urging everyone to take better care of the dwindling water supply. Lynn Martel

From the majesty of glaciers in Alberta and British Columbia to the wake-up call they're presenting, Lynn Martel's just-released book, Stories of Ice has been described as a fascinating read featuring stunning photos, some taken by Martel herself.

Martel, from Canmore, has lived in the Canadian Rockies since the 1980s and has written about adventures, culture, science and history in newspapers and magazines (including the Fitzhugh). Stories of Ice is her third book.

"Science is only one way to look at glaciers," Martel said. "That's why I wrote this book. Because in this part of the world, we have a long history of people having all kinds of adventures on glaciers, and that includes climbers and backcountry skiers, hikers, ski mountaineers, (and) we have artists and photographers going out on a glacier."

There are five components to Stories of Ice. The first is an introduction to glaciers, the science side. The second is 200 years of adventures, from 1825 onward.

Then there's commerce, from guides taking clients out on glaciers to backcountry ski lodges and heli-skiing outside the park, to tourism.

A more in-depth section about science in glaciers follows that.

Martel noted Will Gadd, an adventure athlete and professional guide, climbed into a glacier with glaciologist, Martin Sharp.

"They discovered living biofilms deep in the glacier," Martel said. "That was a first right here in the Rockies, about two, three years ago."

The fifth section is about artists, filmmakers, writers and photographers. Martel collected photos from about 20 people in western Canada, pro and semi-pro photographers, giving her “fabulous photos” to put in the book.

Martel said, "There's so much magic and mystery in nature. Nothing survives on earth, including humans, without a well-functioning ecosystem. Everything in nature is connected. We need to understand how important those natural functions are, and we need to develop better ways to create energy, that protects our water and our soil."

“We're not good stewards of our water. We pollute water in so many different ways. We can't get new water."

Stories on Ice is available on the Rocky Mountain Books website and in bookstores.