Airdrie pop-punk band Run Romeo Run learned two weeks ago that it had been invited to play one show at the Canadian Music Festival, an event held during Canadian Music Week in Toronto at the end of March.
Jan 17, 2012 12:00 AM By: Mountain View Today Staff 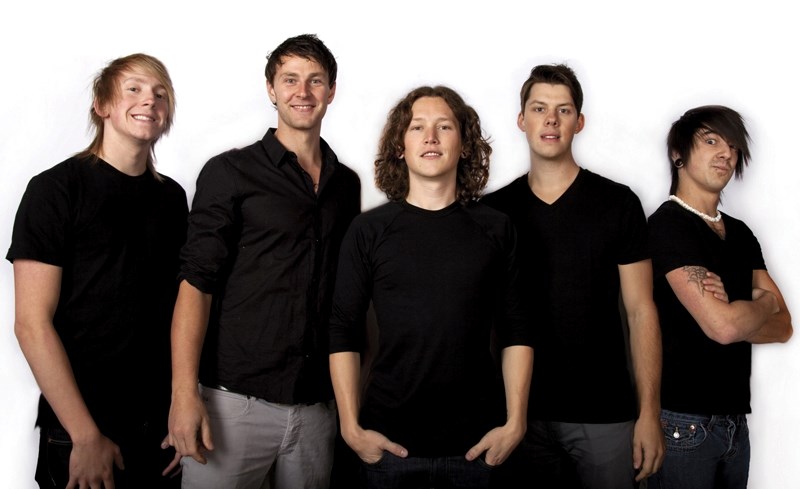 Airdrie pop-punk band Run Romeo Run learned two weeks ago that it had been invited to play one show at the Canadian Music Festival, an event held during Canadian Music Week in Toronto at the end of March.

According to the festival's website, the event draws more than 850 media representatives, providing national and international coverage through print, television, radio, and online outlets. It has been a launching pad for numerous bands since its inception in 1981.

"Pretty much every band in Canada tries to get into it. You have to pay $50 to submit your best song to the Canadian Music Festival crew,î said Chris Doi, Run Romeo Run's rhythm guitar player.

"They take 900 out of the thousands and thousands of bands out of 40 countries that have applied.î

Doi, a former Olds resident, founded the band a year ago.

"I wanted to get a band started so I put an ad up on Kijiji because I didn't find musicians anywhere,î he said.

To find a singer, things got a little complicated.

"Kyle knew a singer named Eli Budwill, but Budwill had moved away to Kamloops to sing at a dinner theatre production full-time,î said Doi.

"They called him up and he came and recorded our EP with us. He went back to Kamloops and now he is moving back to Airdrie in February.î

Playing at the Canadian Music Festival had long been an item on McMonagle's bucket list, so he convinced the band to submit a demo for the event last August.

"We were really shocked that we were chosen,î said Doi.

"There are bands that have been trying for the last five years that have not gotten into it.î

While waiting to hear back from the event organizers, the band participated in the Rock 104 Star Search at the TransCanada Theatre last fall, finishing second.

"We got free recording time at a studio in Three Hills out of it,î said Doi.

The band is slated to play five concerts in February. The band members also plan to hold a fundraiser show to help pay for the cost of going to the Canadian Music Festival.