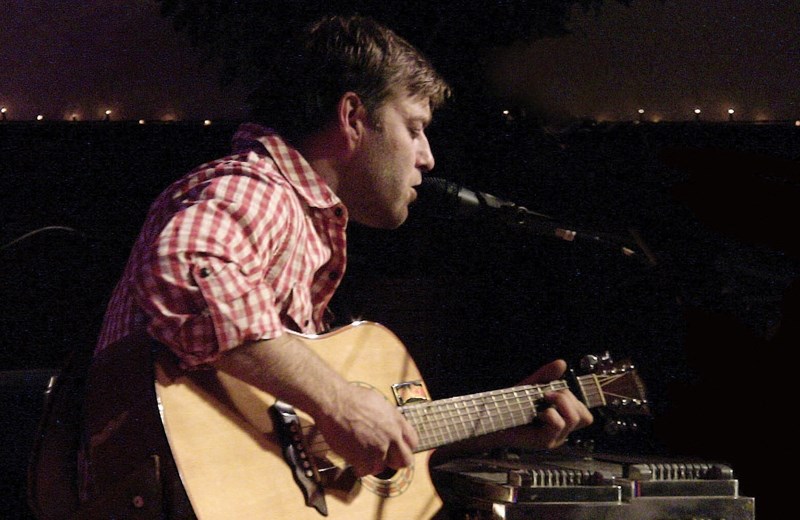 Roger Marin will join Fred Eaglesmith and others at Tracks next Monday night.

Eaglesmith, Marin and the other musicians will stop in Olds at Tracks Pub next Monday at 8 p.m.

“Fred ended up doing a really cool record called Six Volts. He recorded the record with one microphone. It was really awesome,” said Marin, who played guitar on the record.

“Fred was doing this tour out West and I was going to be doings shows out there as well. It worked out that I was able to sort of hop in with them and do this really cool show that they are doing.”

Joining Eaglesmith and Marin are the Fabulous Ginn Sisters, a Texas pop-rock-country duo.

During the tour, all the musicians travel together on Eaglesmith's bus.

“We sometimes sleep in hotels, sometimes at campgrounds. One Fabulous Ginn Sister has a little baby and her husband tours with us,” said Marin.

“It's like a family. It's something that nobody really does and it's really cool.”

For Marin, the Fred Eaglesmith tour represents a return to his roots. Eaglesmith took Marin under his wing 15 years ago and gave him his first taste of life on the road.

“I started playing when I was about probably 14 or 15. I used to play in a local place in Northern Ontario with my father,” he said.

“Just growing up with my dad and uncle, with people around the house always playing. I never thought hey, this is what I am going to do. It sort of just happened.”

One day, Marin went to a music store to try a pedal-steel guitar. One of the shopgoers was impressed with his guitar-playing skills and mentioned him to Eaglesmith.

“Fred called me up and it sort of happened there,” said Marin.

“He asked me to come on the road. As soon as I jumped on the tour bus, I never looked back.”

On top of touring and recording with Eaglesmith, Marin has also found time to start the Cicada Fest Music Festival in the Niagara region and to record three albums on his own, even though he usually tours 300 days a year on average.

“I don't really consider myself really all-country. I like all kinds of music and I have a lot of different influences,” said Marin.

“I am inspired by everyday life. What inspired me is basically waking up every morning and when something happens, I try to write about it.”

After his stint on the Travelling Steam Show tour is over, Marin will go back to Ontario to organize the Cicada Fest. However, he will be back on the road in August for the Tin Can caravan tour, another Fred Eaglesmith project.

“There are a lot of different artists on that. Then, we are going to be working our way through California after that.”

Then, Marin will tour Canada on his own, before going to Europe for another tour in November.

“It's a really busy year. I think I might have three weeks off this entire year,” he said.