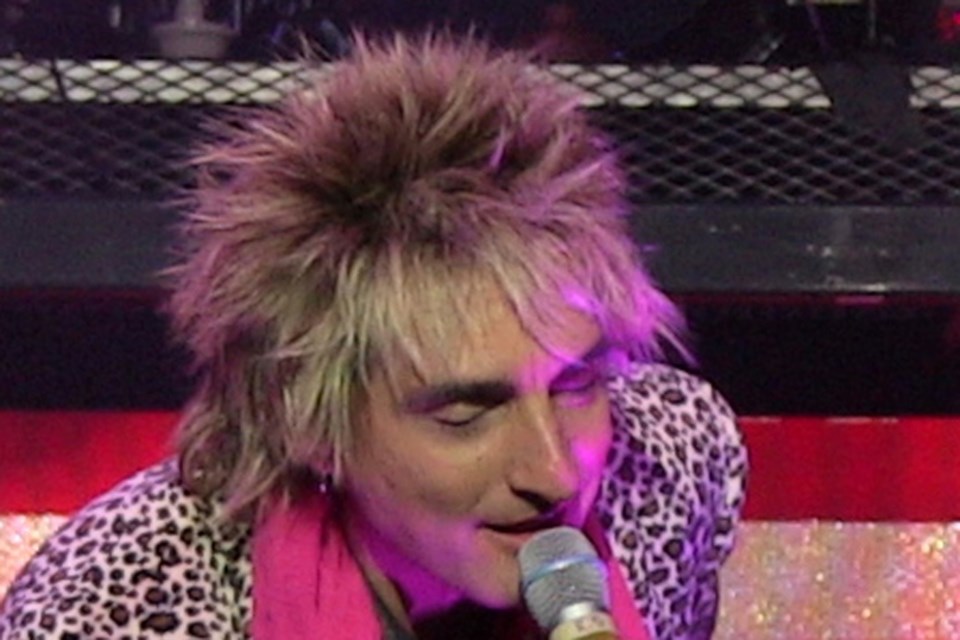 OLDS — This Saturday, Jan. 25, Rod Stewart tribute artist Vic Vaga will be doing a one-man show at the Royal Canadian Legion in Olds.

Vaga, originally from San Antonio, Texas, played Rod Stewart in the Las Vegas show Superstars on Stage. He played the Las Vegas strip for seven and a half years. He now lives in Vancouver after having married a Canadian woman.

It all began back in 1990 when Vaga dressed up as Rod Stewart as a Halloween prank. Eventually, that led him to Las Vegas.

“It’s all live, over musical concert tracks. But at the same time, there’s also live, acoustic music playing. In other words, I’ll pull out the guitar.

“Since Rod did a lot of unplugged acoustic songs, like Mandolin Wind — a lot of really classic Rod songs, I’ll perform those as well. It goes back in the vault. It’s not just Do Ya Think I’m Sexy? or Have I Told You Lately. It goes back to the early '70s.

“There’s some comedic banter and I think that’s important, because, if I didn’t do that it would just be me doing Karaoke. It has to be entertainment; it’s all about audience engagement.

“And on occasion, I’ve been known to throw in some Johnny Cash or Elvis because I’m such a big fan. Everybody loves that,” he added.

Vaga recalls performing at Olds College with a band about four years ago.

Fabulous and talented cast takes the stage
Feb 22, 2020 6:20 AM
Comments
We welcome your feedback and encourage you to share your thoughts on this story. We ask that you be respectful of others and their points of view, refrain from personal attacks and stay on topic. To learn about our commenting policies and how we moderate, please read our Community Guidelines.