Rheaume seeks to connect with listeners on new album

Tracks Pub is proud to welcome Canadian singer/songwriter Amanda Rheaume this Thursday (Aug 25), when Rheaume will share cuts from her most recent release, a full-length album entitled Light of Another Day.
Aug 23, 2011 1:00 AM By: Mountain View Today Staff 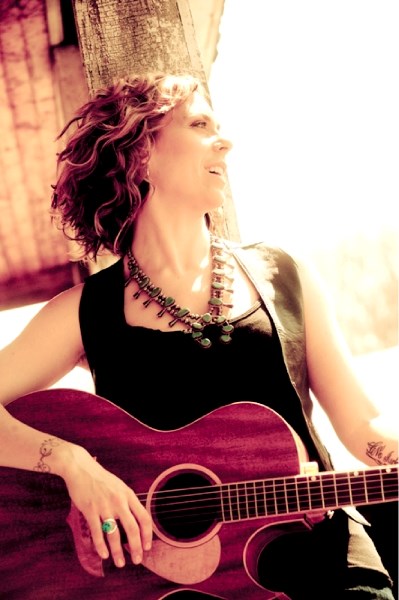 Tracks Pub is proud to welcome Canadian singer/songwriter Amanda Rheaume this Thursday (Aug 25), when Rheaume will share cuts from her most recent release, a full-length album entitled Light of Another Day.

Hailing from the nation's capital, Rheaume (pronounced ray-OHM, “like in Yoga,” she says. “No one knows what to do with all those vowels.”) has been quietly building momentum in her music career since a young age, even when she didn't realize it.

In 1999, a 16-year-old Rheaume was invited by Sarah McLachlan and the Indigo Girls to share the stage with them at the Lilith Fair Concert at the Molson Amphitheatre.

“It changed the course of my entire life. It was just a random invitation, because I was back stage seeing my aunt who was working on the tour.”

Although she could play guitar and sing, Rheaume says she wasn't pushing her music career at that age (unlike many current artists).

“That experience for me was on an emotional, inspirational level,” she says.

“Here I am, this 16-year old kid, playing with a bunch of big-wigs onstage in front of (thousands) of people. It was unbelievable.”

“Being on the stage with them and getting top experience the feeling of being in front of so many people, the energy…it catapulted me into wanting to do this for a living.”

Currently bombing across the countryside in a van on tour with Marc Charron, another singer/songwriter from Ottawa, Rheaume is making a 10-week, 50-date tour, from Ottawa to Vancouver and back.

Both have learned one another's tunes, and have been supporting each other musically on stage.

“It's a wicked collaboration. Marc plays the kick drum, snare and hi-hat with his feet, and plays guitar and sings, and I play guitar, harmonica, and tambourine and sing.

“It's quite the big sound for two people. We're just having a blast.”

“I have great fans in Alberta, and I feel so luck to come out here and be able to play. In Ottawa, people are a little more reserved.”

She says she enjoys the “small town vibe.”

“I find everyone so friendly.”

Although she has experimented with her sound on a handful of EPs, Rheaume's Light of Another Day is largely an acoustic-based record, with overtones of country and roots.

“It's more home for me to be able to play acoustic guitar,” she says.

Her tracks are loaded with colourful, homespun imagery of love, loss, hope, and meaning – the thing Rheaume said she believes people need most.

“I think people are starving for meaning. They want to hear music that affects them.”

In “Let Yourself Breathe”, Rheaume sings to a bouncy bass rhythm and soulful harmonica, “We could all use a little compassion thrown our way.”

“I want to connect with people,” she says. “Provide them with music that they'll want to listen to more than once.”

“Push On” is one such song, which tells the story of a soldier enduring the difficulties of war to find “The light of another day,” while his wife eagerly awaits his return home.

Standout track “Better Days Ahead” was written for her own travelling comrades: musicians.

“As we get older, you know, 30's, late 30's, 40's, it becomes a little harder to be a full time musician, because your standards and your bills get higher.”

The unfortunate result is having to stop making music and get a job, she says.

“It's for other folks that are travelling and doing this crazy thing called music.”

Despite these concerns, stepping on stage provides Rheaume with a fresh burst of energy in the moments when she's burnt out and exhausted, she says.

“What I live for are those amazing moments where you connect with the audience or have a great show. Then it all clicks, and I remember why I'm doing what I'm doing.”

Rheaume has done a lot of charity work in the past, and will be playing an upcoming show with Babes for Breasts (a Canadian breast cancer fundraiser) in Ottawa this year on October 27.

All her funds from a Christmas CD, entitled Acoustic Christmas went to the Boys and Girls Clubs of Ottawa, while in 2010 she donated $1 from every CD sale to the Soldier On Fund, which provides financial grants to injured or ill Canadian Forces personnel.

One of the most exciting of these opportunities for Rheaume was getting to sing for Canadian Troops in Afghanistan both in March of 2009 and in July of this year.

Because troops were beginning to return home, Rheaume says Canada Day in Afghanistan was an especially unique and celebratory experience.

“It was one of the coolest things I've done in my whole life. I went for Canada Day with a team from Canada, which included people like Rick Mercer and Bubbles (from Trailer Park Boys).”

Rheaume was the only live music act to perform that Canada Day.

“It was such an honour. It's almost embarrassing how grateful they are to have Canadians come over and perform for them. It was absolutely amazing.”

“Being a performer and an entertainer and an artist is such a cool job.”

Rheaume says she'll be hanging out on her cousins' acreage, enjoying the scenery and meeting their horses during her tour stop in Olds.