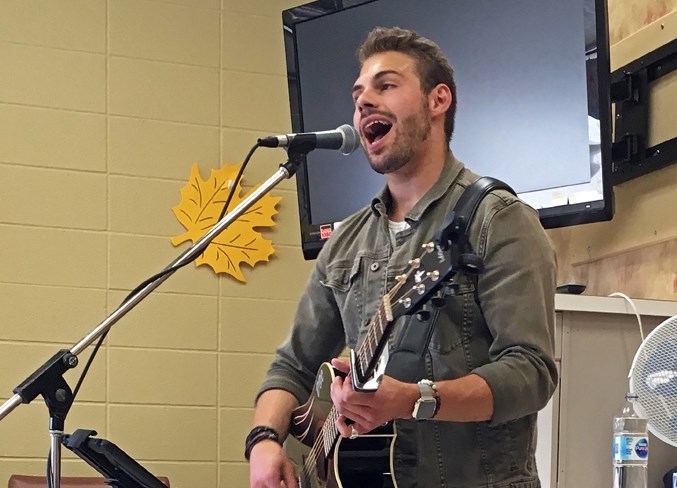 Country artist Devin Cooper performed earlier this month for residents at several local facilities including the Olds Hospital and Care Centre. The musician, who at the age of seven became an official volunteer for Alberta Health Services, teamed up with the Alzheimer Society of Canada on a charity event in Calgary. Originally spending his first years of volunteering reading to residents at the Olds Hospital and Care Centre, where his mother works as a registered nurse, Cooper eventually discovered a passion for bringing musical entertainment, and has over the past 10 years been performing regularly for the residents. His tour included stops in Olds, Sundre, Red Deer, and Innisfail.