Oh My Darling is back with a new album

Oh My Darling will be coming back to Olds to play its second concert here in less than a year. The Winnipeg foursome will be at Tracks this Wednesday at 9 p.m. to play songs from its new album Sweet Nostalgia.
Apr 3, 2012 1:00 AM By: Mountain View Today Staff 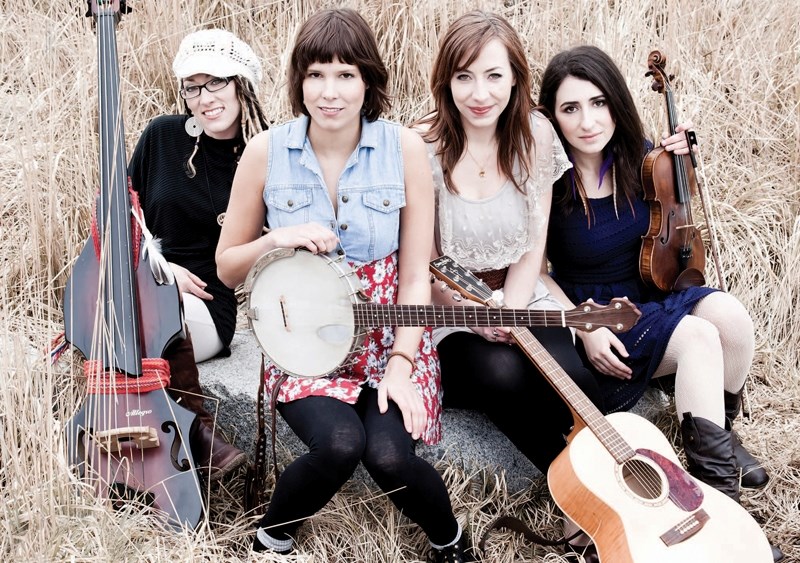 The Winnipeg foursome Oh My Darling will be playing in Olds this Wednesday.

Oh My Darling will be coming back to Olds to play its second concert here in less than a year.

The Winnipeg foursome will be at Tracks this Wednesday at 9 p.m. to play songs from its new album Sweet Nostalgia.

The band plays a mix of country and roots music, with some traditional French and Métis songs thrown in.

“Our original music kind of falls more into the country kind of style I think, but then we also are really kind of rooted in a lot of traditional music as well. We like to work those into our set,” said Rosalyn Dennett, Oh My Darling fiddler and singer.

“We all come from really, really diverse backgrounds, musically and culturally. We try to celebrate that as much as we can.”

“We actually got our start at a French language festival in Winnipeg called Le Festival du Voyageur. We started playing French and Métis material for that,” said Dennett.

“After doing that, we realized that we really enjoyed this material and we wanted to keep playing it. We've added more and more to our French repertoire as the years have gone on. We will continue to do so.”

The band started playing together four years ago, after de Groot approached Dennett and invited her over for a jam session.

“Three of the girls were playing together in the Winnipeg music scene. I had actually never met her or any of the other girls before,” said Dennett.

“At the end of the jam, Allison told me that she had been thinking about putting together an all-female old-time band and she asked if we wanted to join her. That's when I met the other girls.”

At the end of its present Western Canada tour, the band will get a break before embarking on a three-month European tour.

“It's our second time going out there. We did about an eight-week tour there last year. It's a really big mix of venues,” said Dennett.

While the members started Oh My Darling for fun, the band has now tuned into a full-time job for them.

For more information about Oh My darling and to listen to song samples, please visit the band's website at www.ohmydarling.ca .