First lady of classical guitar Liona Boyd will start her new Canadian tour in Olds with a concert at the TransCanada Theatre this Friday at 7:30 p.m.
Feb 28, 2012 12:00 AM By: Mountain View Today Staff 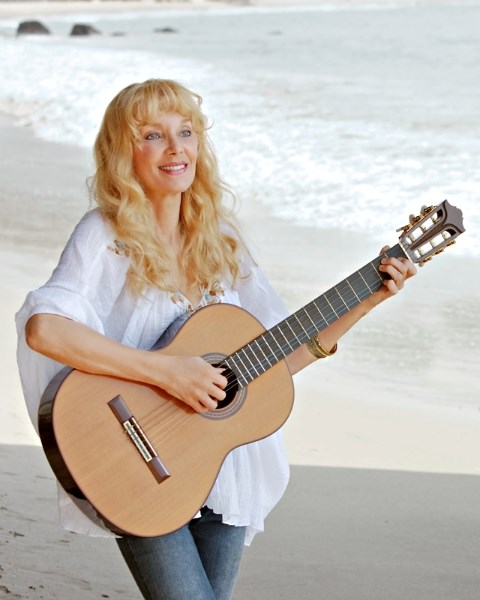 First lady of classical guitar Liona Boyd will start her new Canadian tour in Olds with a concert at the TransCanada Theatre this Friday at 7:30 p.m.

Ever since her return to music and touring in 2009, Boyd has added singing to her performance and changed her playing techniques. Nine years ago, she was diagnosed with focal dystonia, a condition that causes the brain to send wrong signals to the fingers and is brought on by over-practising.

“Basically, the neuron receptors get confused and the brain maps get smudged,” Boyd said in an interview.

“Without the right signals going through, your fingers do not obey what you want them to do. It was very distressing to me.”

While other musicians would have simply given up music, which is what her ex-husband wanted her to do, Boyd refused to quit.

“I knew that my gift in this life is to bring music to people and to be creative and write compositions,” she said.

Boyd divorced her ex-husband, moved to Miami, and taught herself to play the guitar differently.

“I am still playing classical guitar. I am not doing the really virtuoso stuff that I was renowned for,” she said.

“I really think my hands are coming back too because I have not been doing the same technique that kind of wore out those poor neurons in the brain.”

She will use the tour to debut songs from her upcoming album The Return… to Canada with Love, which will be released on July 1.

“This upcoming tour is all pretty small towns, other than Saskatoon,” said Boyd.

“I wrote a special song that is going to be on my new album and it is inspired by the idea of going back and playing some of the small towns.”

The album was inspired by her recent return to Canada, after living away for 20 years.

“My father passed away last May and I decided to come back to Toronto,” said Boyd.

“I am a Canadian resident again. I just received my Ontario driver's licence in the mail last Thursday.”

For this tour, Boyd will be accompanied by a new partner, Michael Savona. Savona also participated in the recoding of her upcoming album.

“He is a young guy from Toronto. He sings and plays classical guitar, which is really an unusual combination,” said Boyd.

“I am really thrilled to have encountered him here in Toronto. He is great and his voice is lovely.”

Boyd had to call it quits with her former partner, Croatian classical guitar player and tenor Srdjan Gjivoje.

“He was excellent but he lives in New Jersey,” she said.

“It was just sort of awkward, with me being back in Toronto and wanting to do this new record.”

The Olds concert will also be an opportunity to meet up with an old friend, Water Valley children's author Jan Truss.

“My mother and Jan were childhood friends. They both got married and immigrated to Canada from England,” said Boyd.

“She went to Calgary and settled in Water Valley, and my family went to Toronto. We kept the friendship alive.”

Tickets for the concert are available online on the Olds Kiwanis website or at the door. For more information about Liona Boyd's tour, please visit her website at www.classicalguitar.com.