The Olds Kiwanis Performing Arts Society concert series for 2011/2012 is quickly approaching, with its first show this Thursday evening (Oct. 13) at the TransCanada Theatre in the Fine Arts & Multi Media Centre at the Community Learning Campus.
Nov 10, 2011 12:00 AM By: Mountain View Today Staff 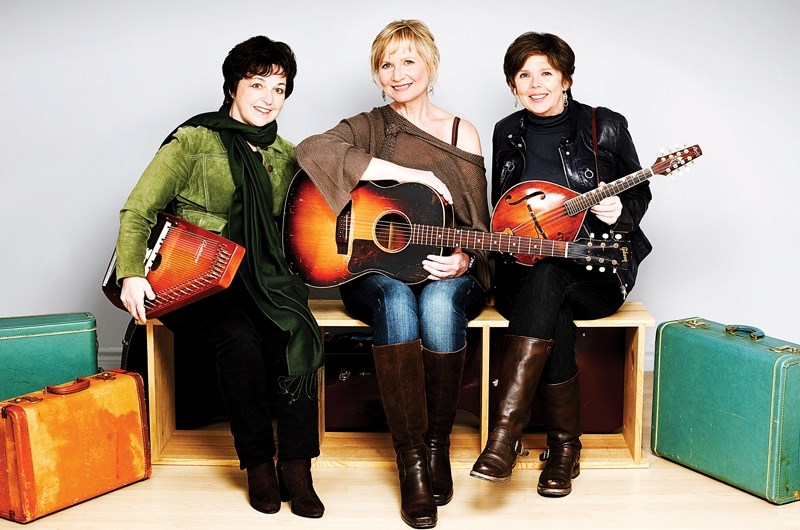 The Olds Kiwanis Performing Arts Society concert series for 2011/2012 is quickly approaching, with its first show this Thursday evening (Oct. 13) at the TransCanada Theatre in the Fine Arts & Multi Media Centre at the Community Learning Campus.

All-female trio Rankin, Church & Crowe will kick off the concert series Thursday at 7:30 p.m. with its layered vocal harmonies and signature blend of folk, country, jazz, and contemporary singer/songwriter styles.

Comprised of Raylene Rankin of the Rankin Family, renowned Canadian singer Cindy Church, and critically acclaimed singer/songwriter Susan Crowe, these ladies are sure to captivate audiences.

Formed in 2009, the Olds Kiwanis Performing Arts Society is celebrating its third year of presenting a concert series, and this year's series promises to be a unique one, said Carol Johnston, secretary for the society's board of directors.

“We feel we have a good variety of artists that cover a spectrum of music, including folk, country, jazz and classical,” said Johnston.

In addition, the society will be holding a Christmas dinner theatre featuring ONCUE (On Cue), a vocal ensemble from Calgary that blends vocal harmonies with musical theatre.

Currently, about one-third of all tickets are sold to season ticket holders, with the remaining tickets available on an individual concert basis, said Johnston.

“We always hope for sold-out audiences, but on average about 70 per cent of the 390 tickets available for each show are sold,” she said.

Johnston said good seats are still available, and seating plans for the theatre are viewable online.

A concession and a wine bar will be available prior to the concert and during intermission.

Season tickets and tickets for individual concerts are available online at www.oldskiwanis.org/concert.htm, in person at the Mountain View Museum, or by phone at 403-507-9738.

The Olds Kiwanis Performing Arts Society is a member of the Arts Touring Alliance of Alberta (ATAA), and its members attend a showcase each fall that allows them to hear live performers from across Canada. This gives them the opportunity to select performers for the Olds concert series that are in keeping with the local flavour.

Through membership with the ATAA, Johnston said the society is able to network with other presenters across Alberta, and keep informed on grants and funding available for the performing arts.