Alberta's own singer/songwriter George Canyon will be tearing up the stage in his signature country style this Thursday evening to a sold-out crowd at the Olds College Alumni Centre.
Sep 27, 2011 1:00 AM By: Mountain View Today Staff 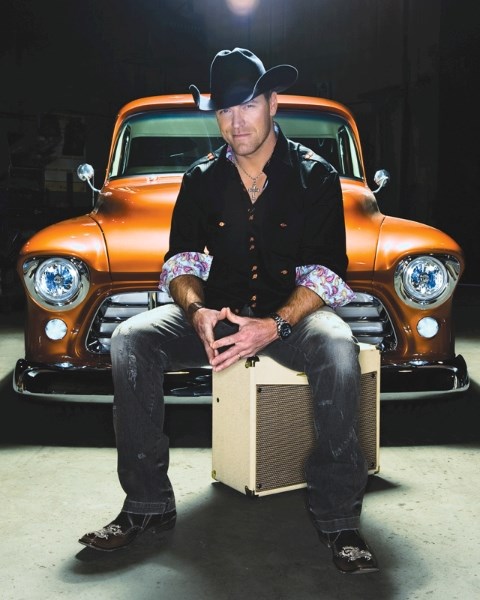 Renowned Albertan country singer George Canyon will be playing to a sold-out crowd at the Olds College Alumni Centre this Thursday evening.

Alberta's own singer/songwriter George Canyon will be tearing up the stage in his signature country style this Thursday evening to a sold-out crowd at the Olds College Alumni Centre.

The Albertan caught up with Canyon last Thursday, when he was in the middle of replacing a flat tractor tire on his ranch in High River.

“This record was even more special than our last one (‘What I Do'),” said Canyon. “We wrote for this one for almost a year.”

Canyon said he is astounded when he thinks about his successes in light of his humble beginnings as a country singer.

“I'm a very strong Christian man, and I ask the Lord every day to use me in the way he needs to through my music and my acting,” said Canyon.

“You play music for the love of playing music. I always had a misconception about the music business where, once you've got a record deal, it's smooth sailing.”

What he found out was this isn't the case.

“Once I got a record deal, I had to work like five times as hard,” he said.

But the music, he says, seems to be the easy part.

“When I get on stage, that's when I get to relax and have fun and play.”

“It's all fun. It's just interesting how things change when you climb the ladder.”

An airplane enthusiast and pilot, Canyon said he recently flew over Olds in his two-seat airplane.

“As I flew over, I thought to myself, ‘Hey, I'm going to be playing Olds soon,'” he said with a chuckle.

“The people in Alberta are fantastic,” he adds, saying that small towns – which typically have a strong sense of community – are among his favourite places to play.

“Any chance I get to play in a small town, I just love it – getting out there and visiting with the people like us,” said Canyon.

“To me, community and family are the driving force of it all.”

The multi-faceted artist is also an actor (Trailer Park Boys and Heartland are among Canyon's current credits), and has just wrapped up filming a starring role in an American movie entitled “A Mile in his Shoes,” about a boy with Aspergers Symdrome.

“It was a pretty deep role. Playing opposite of Dean Cain was a learning experience,” said Canyon.

“We've been really blessed. The music is still my main career of course, but the acting stuff is really fun.”