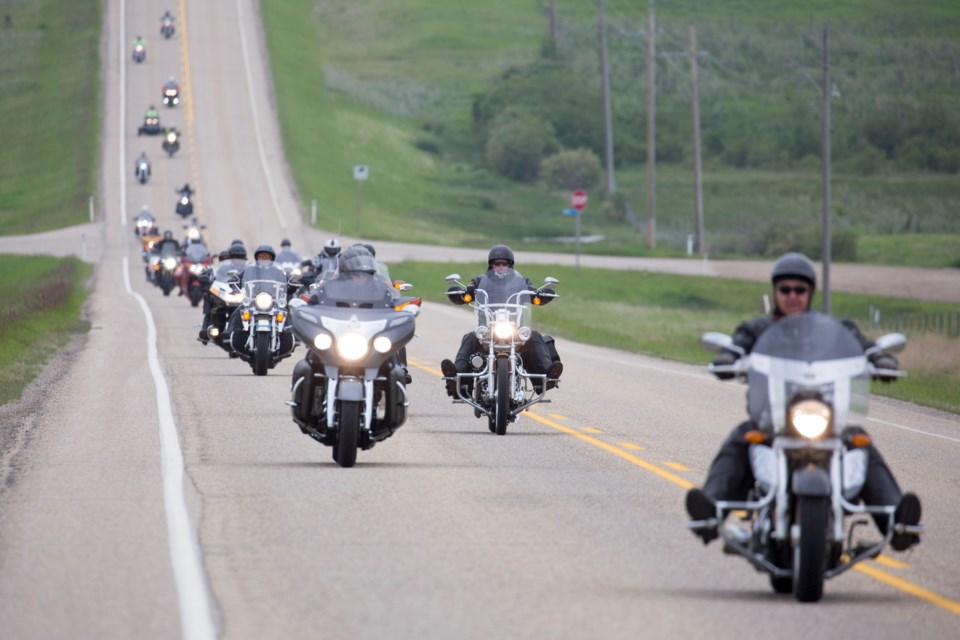 Rural Ride for Dad participants make their way east from Carstairs during the 2019 ride. The local group is holding a Top up the Trailer fundraiser until Nov. 8. File photo/MVP Staff

DIDSBURY-OLDS - The Rural Alberta Telus Ride for Dad will be collecting non-perishable food items at Fountain Tire stores in Didsbury, Olds and Sundre as part of its Top up the Trailer fundraiser from now until Nov. 8.

On Nov. 8, the trailer will be at the Tim Hortons parking lot in Didsbury from 11 a.m. until 4 p.m. The food will then be delivered to the Veterans Food Bank of Calgary the following day, said Ride for Dad chair Gil Enns.

Enns said there are an estimated 650,000 veterans living in Canada who are still fighting.

"But instead of fighting for our freedom, they are fighting for their freedom, their existence, instead of ours," he said. "What these three Fountain Tire stores are doing is providing a location for the public to drop off a non-perishable food item between now and November 8.

"Our goal is to fill a trailer with food for these veterans."