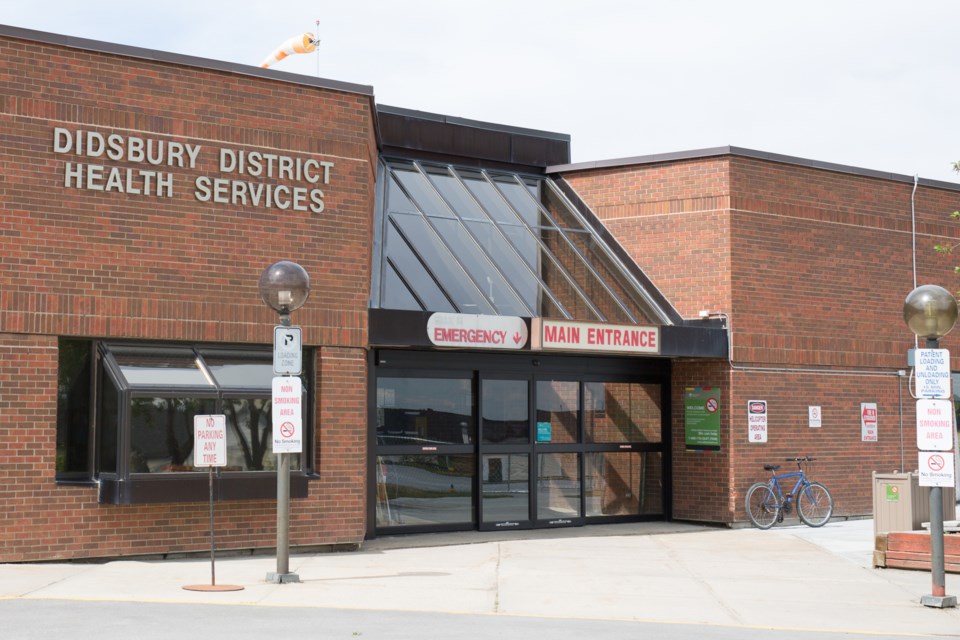 The Didsbury and District Wellness Project has hosted several community events to discuss how to re-purpose some units at the hospital in Didsbury as well as to get input on other health-related issues. File photo/MVP Staff

CARSTAIRS-CREMONA-DIDSBURY - A number of residents came out to several community health-related conversation events held in the region last week.

The community conversations were put on by the Didsbury and District Wellness Project, a group spearheaded by Didsbury resident Kevin Bentley.

There were more than 100 people in total attending the sessions, which were held in Carstairs, Cremona and Didsbury.

Bentley estimated another 100 at least were engaged on social media at the Didsbury Dialogue Facebook page as well as a number of face-to-face meetings.

The sessions asked residents what they thought should be done with the empty buildings (units 3 and 4) at the Didsbury hospital. As well, residents were asked their input on medical professional attraction and retention, healthy aging, positive health stories and other wellness concerns.

Bentley, in the Letter: A call to reimagine uses for unused Didsbury hospital space, wrote that he would walk his dogs past the empty units at the hospital in Didsbury and wonder why they sat empty especially when they were in such good condition.

He also noted in the letter that the recent Ernst & Young report on Alberta Health Services (AHS) has opened the door to community input into regional health care.

"We are a grassroots movement taking advantage of the 100 days AHS has to develop a new path forward," said Bentley. "The Ernst & Young report on AHS identified community engagement as a critical element in these efforts."

Bentley said the organizers were pleased with the turnout and feedback from the sessions. He said they collected hundreds of Post-it-notes from attendees regarding their thoughts on health care in the region.

"So far concerns are spread roughly equally, start using vacant portions of the hospital, bring back surgical capabilities such as low-risk surgeries like knee, hip, cataracts, etc.," he said. "A number of people felt like it was a return to the Klein era where teachers and health-care workers suffered."

Bentley said that in all three communities there was a strong attachment to the Didsbury hospital. He found that in Cremona seniors' housing/healthy aging in place was not as big an issue.

"Cremona also has a higher need for a doctor - they presently have none," he said. "So while all communities were interested in medical professional attraction and retention, Cremona was particularly so."

He also noted that Carstairs and Cremona had more comments on the value of STARS and the helipad.

Dr. Diane Smith, a local physician and chief of staff at the Didsbury hospital, said she is aware of local efforts around utilizing units 3 and 4.

She has also spoken to Didsbury mayor Rhonda Hunter about the subject.

"I had a chat with the mayor in the last couple of months," said Smith. "She was also bringing up what sort of ideas, what could those units be used for."

Smith said that she is aware that AHS has done some assessments on the empty units as well.

"The one unit I think would need an awful lot of improvements," she said. "I don't know if it's asbestos or what sort of issues. Unit 3 would not be updated as easily to be safe and usable. Unit 4, I think AHS has looked at a number of different possibilities. They haven't decided on anything as of yet."

Smith said that AHS capital projects has looked at what space the hospital does utilize fully, what could be used better, what is lacking, and could it be in these other spaces.

"They have all these plans on what could potentially work," she said. "The trouble is that there is no funding at the moment to put any of those in place. That was prior to the recent budget cuts and changes to health funding.

“So I don't expect that AHS is going to be putting any changes in in the near future but I know it's on their radar. They know it's sitting empty and that there could be useful functions in that space."

At its regular council meeting on Jan. 28, Didsbury council passed a motion moved by Coun. Bill Windsor that a letter be drafted to the minister of health asking that the Town of Didsbury and surrounding municipalities be included in discussions and decisions regarding space optimization and utilization of the Didsbury and District Health Services hospital.

Letter: A call to reimagine uses for unused Didsbury hospital space
Feb 21, 2020 2:25 PM
Comments
We welcome your feedback and encourage you to share your thoughts. We ask that you be respectful of others and their points of view, refrain from personal attacks and stay on topic. To learn about our commenting policies and how we moderate, please read our Community Guidelines.