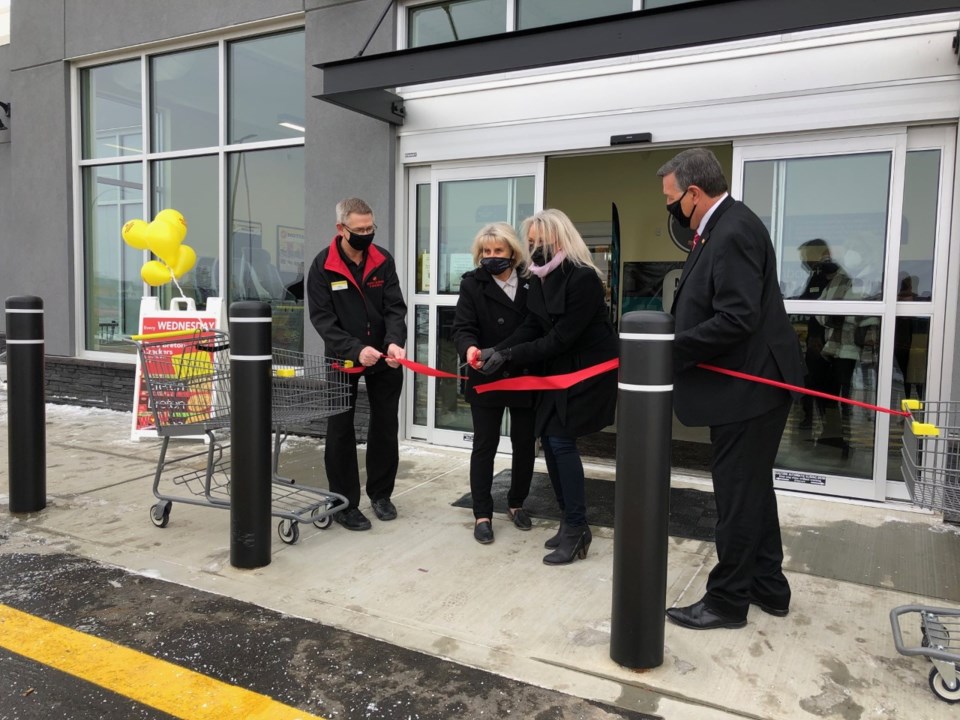 DIDSBURY - The new $7 million Buy-Low Foods grocery store has been open for more than a week in north Didsbury.

The grand opening of the 26,550-square foot facility was held Nov. 18, with Town of Didsbury Mayor Rhonda Hunter and other dignitaries cutting the ribbon during the ceremony.

Ground was broken on the project on Nov. 3, 2019. The store opened one week ahead of schedule and on budget.

Located at 900 Shantz Drive, the new facility is a great addition to the community in terms of employment for local people and services for residents, said Hunter.

“It means more reasons to shop local and more employment for our local people,” said Hunter. “It’s all very exciting for the whole community. This is a wonderful positive addition to what Didsbury already has.”

Kristal Heise is president of Shantz Village Market Limited Partnership, which represents the investors responsible for building the facility.

The partnership owns the building, while Buy-Low Foods, a member of the Jim Pattison Group, is the tenant.

The new facility will employ between 50 and 60 people throughout the year, she said.

“Food brings people together and people coming together creates community. We hope that this store will continue to do just that for Didsbury, particularly during the times we are living in today,” Heise said.

Scott Builders was the contractor that built the facility.

“They have done their best to use local supplies and trades in our build and when our crews had to come from other parts of the province, they stayed within Didsbury, visited Didsbury stores, filled up at Didsbury fuel stations, ate in Didsbury’s cafes and restaurants,” she said.

She commended the Town of Didsbury for its help in making the project possible.

Town council approved a deposit of $110,000 towards the eventual purchase of the former AG Foods building lasy year. The total purchase cost is $1.1 million and was necessary to facilitate the sale of Lot 9 in Shantz Crossing to develop the Buy-Low Foods store, town officials said at the time the deposit was made.

Dan Bregg, president of Buy-Low Foods, was also on hand for the grand opening.

“After 34 years at the AG Foods location we are very proud to be able to open up a brand new store for your today and I promise you we are going to continue the tradition of AG Foods being a valued part of your community,” said Bregg.

“You can count on us for community support going forward.”

A second building is being planned for construction immediately north of the Buy-Low Foods building, with ground breaking expected early next year, said Heise.