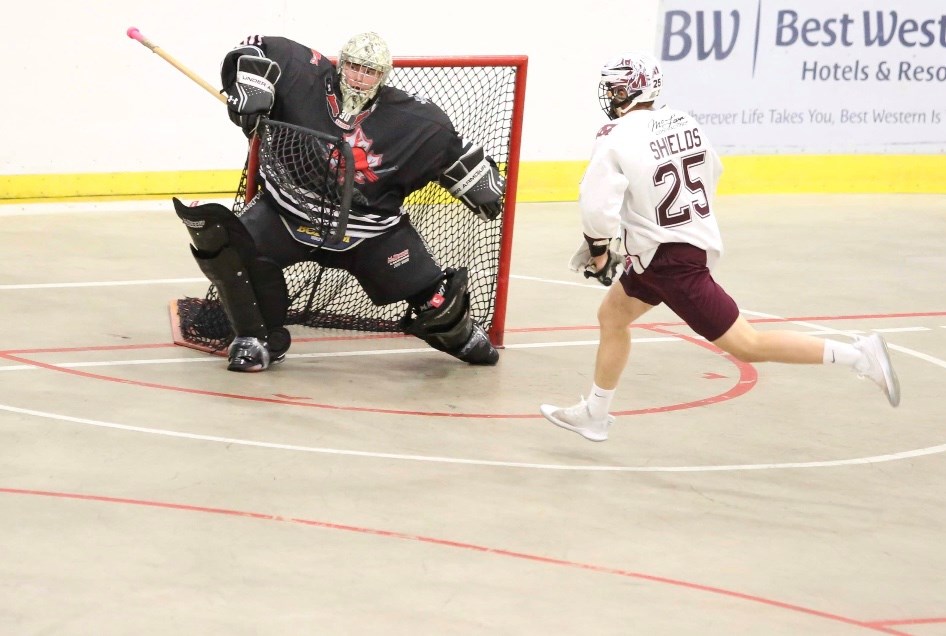 DIDSBURY - Boedy Shields has signed a two-year contact with the Rochester (New York) Knighthawks of the National Lacrosse League (NLL).

A Didsbury native, Shields began playing lacrosse in his hometown when he was six years old.

“I started playing with Didsbury minor lacrosse when it was first established,” Shields said in a telephone interview. “I was part of the first team they had. I played there up until Midget lacrosse and then I went and played for the Rocky View Rage in Airdrie.”

After playing in Airdrie, he then played for three years with the Calgary Junior A Mountaineers.

Standing six foot and weighing in at one hundred and eighty-five pounds, Shields plays defence.

Asked what he liked about lacrosse, he said, “It’s fast paced and high intensity. I love being part of a team and playing with a bunch of great guys. It’s very physical and that drew me to it all well.

“I started playing hockey in Didsbury and then in the summers I was looking for something to do other than hockey so when lacrosse came to Didsbury I jumped all over that and it stuck. As I got older I focused more and more on lacrosse and was more passionate about that.”

He said he had “many good coaches growing up," including his Didsbury coach Pat Hobbs.

“He was a big influence on me,” he said. “When I got to Airdrie there were a couple very good coaches who also really helped me out.”

Shields is currently a third year student at Brock University in St. Catharines, Ontario. He is pursuing a bachelors degree in Sports Management and plays lacrosse on the school team, the Brock Badgers.

He follows the NLL very closely and is familiar with the Knighthawks as a team, he said.

“When they called I though it was a good fit for me,” he said.

The NLL season typically runs from December until early April, but “because of COVID this year the season is starting April 9, 2021. Training camp will start at the beginning of March,” he said.

“At training camp I will either make the team or can be put on the practice roster or be released. So hopefully out of those three options I will make the team.”

He said he doesn’t not expect the fact that he is a Canadian to create any problems joining an American team.

There are 14 teams in the professional NLL, including the Calgary Roughnecks.

“I’ve very excited and training and getting prepared,” he said.