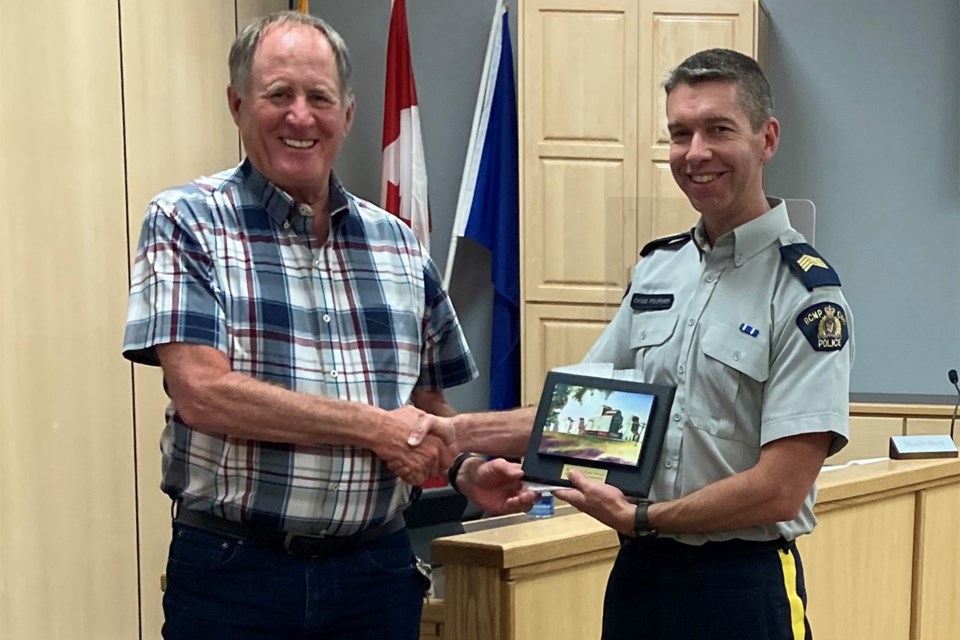 DIDSBURY - Community support in the form of public tips and other information will remain vital to crime fighting in the district for years to come, says former Didsbury RCMP Staff Sgt. Chad Fournier.

The detachment commander in Didsbury since 2017, Fournier’s last day at the detachment was June 30. He has taken a new posting at the Cochrane RCMP detachment.

During his four years in Didsbury, Fournier and his detachment officers worked closely with local town councils, Olds and District Rural Crime Watch Association, Citizens on Patrol groups, and many other community members.

The Town of Didsbury entering into a municipal contract with the RCMP in April 2020 was a highlight of his time in the district, he said.

“There was lots of collaboration and lots of work that went into the start of that contract,” he said. “The rural crime watch was excellent, as was the Didsbury and Carstairs Citizens on Patrol. And the local councils were also excellent."

“Eveyrone needs to work together to combat crime in the area,” he said. “We definitely rely on the public’s help for their assistance. We need the public to report any suspicious activity, even as minor as it might seem.”

Information provided by the public is helpful to both local RCMP officers and province-wide crime analysts, he said.