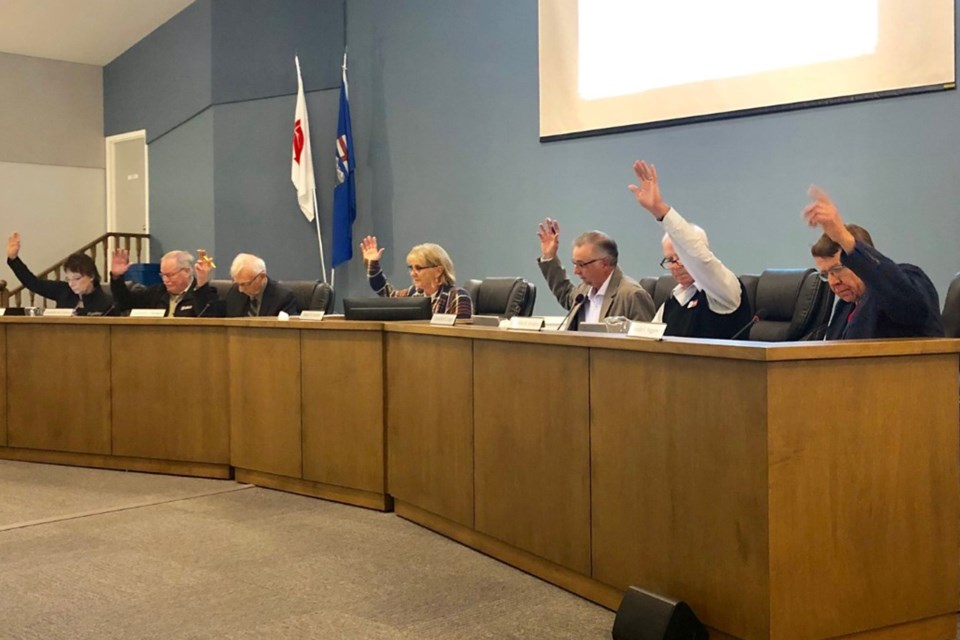 Town of Didsbury council will be taking a look at the proposed 2020 operational budget on Tuesday, Nov. 26. File photo/MVP Staff

DIDSBURY - Administration will be bringing the 2020 operational budget to council for consideration during the Nov. 26 regular council meeting.

"Council may have questions or provide administration with direction and it will return to council at the Dec. 10 regular meeting," said Amanda Riley, chief financial officer for the Town of Didsbury.

"Administration provided all of the relevant information to council," said Riley. "Prior to budgets being set, council asked administration to produce a budget that would be a one per cent reduction in tax revenue."

Riley said it was a challenge to present a balanced budget given the expectations from council and the recent announcements from the provincial government.

"It was difficult to achieve a balanced budget; however, administration worked really hard to reduce expenditures across all departments," she said. "The proposed budget does include some changes to levels of service because of this, so council now has some difficult decisions to make."

Some of the proposed reductions in service for the town that council will have to consider include the elimination of Canada Day celebrations ($20,500) and block party ($13,000) as well as the leasing of the Memorial Complex concession to a third party (the concession was previously operated by the town), said Riley.

Council's earlier direction to administration was to return the 2020 operating budget with $4,788,676 as the reserve from tax with the following conditions: continued level of transfers to reserves and amortization; continue to put $266,000 (the 2019 amount) into reserves every year for RCMP and top up RCMP reserve annually to meet the next budget year's needs cost projection; continue to put money into pathway reserves; maintain the library and museum allocations; budget for the culture master plan; and creation of dedicated reserves from land sales of Town of Didsbury land inventory.

Factors affecting the budget, as presented to council, include: $100,000 increase to utilities; RCMP agreement as of April 1, 2020 - additional $74,000 reserved on top of net expenditures; Carstairs eliminating one half of RCMP administrative position (additional $21,000); $19,000 computer replacement; and $4,500 replacement switch and backup server upgrade.

Other factors stemming from the recent provincial budget announcement include: MSI capital - reduced funding over next three years; court fines - reduced town's share from 73.3 per cent to 60 per cent of fines and penalties ($5,000 revenue reduction); Grants in place of taxes - reduced town's grant by 50 per cent (approximately $6,000 impact); removal of summer temporary employment program in 2020; education property tax - mill rate frozen in 2019; town over-levied in 2019, will reduce rate in 2020 to adjust; and ending of the ParentLink program on March 31, 2020.

The proposed 2020 capital budget was presented on Oct. 29. Municipalities must pass both a capital and an operating budget every year.

The capital budget is generally anything that lasts more than a year and could be land, buildings, roadways, vehicles, etc. The operating budget is day-to-day costs to operate the town and provide programs and services.