“Upon quiet reflection and given the benefit of time I have deep regret for my error in judgment," said Nathan Cooper
Apr 12, 2021 6:30 PM By: Dan Singleton 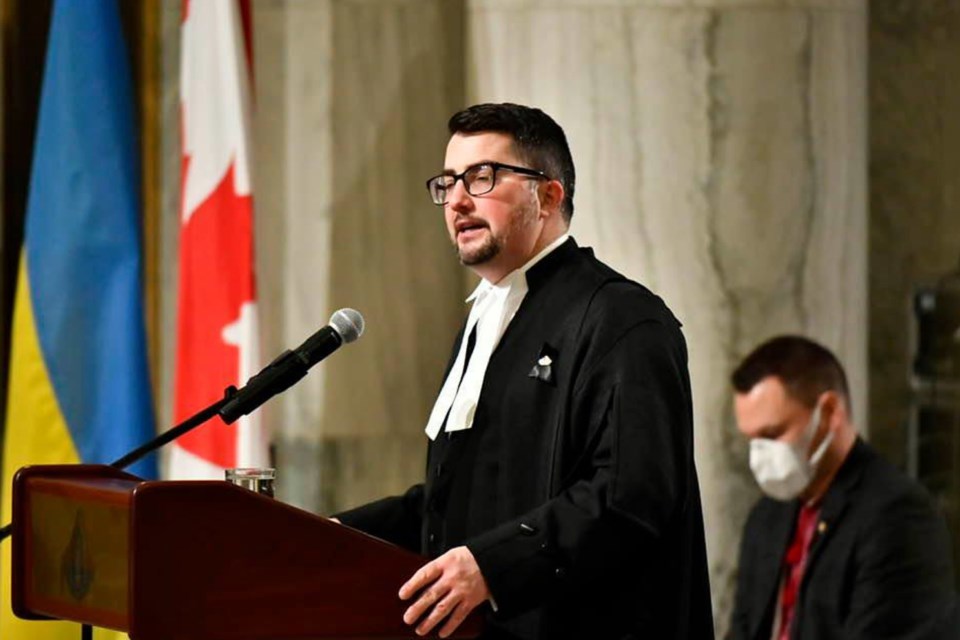 DIDSBURY - Olds-Didsbury-Three Hills UCP MLA and Speaker of the Legislature Nathan Cooper has told the assembly that he has “deep regret for my error in judgment” after co-signing a statement issued on April 7 critical of recent measures taken by the Kenney government in response to the COVID-19 pandemic.

Cooper was one of more than a dozen UPC MLAs who signed the statement in response to new measures announced April 6 that include halting in-person indoor restaurant and pub service.

“After 13 painstaking months of COVID-19 public health restrictions, we do not support the additional restrictions imposed on Albertans yesterday, and will continue advocating for a transparent path forward that provides certainty to Alberta families, communities and businesses,” the April 7 statement reads.

“We believe that yesterday’s announcement to move our province backward, effectively abandoning the plan that Albertans had worked diligently over the past months to follow, is the wrong decision.”

The MLAs who signed the one-page statement said they have “heard from our constituents and they want us to defend their livelihoods and freedoms as Albertans.”

During a press conference on Monday, Premier Kenney was asked whether he believes MLA Cooper can now “effectively moderate debate in the House given his public stance against the government policy” regarding COVID restrictions.

“As you know, the neutrality of the speaker is an essential aspect of our parliamentary system,” said Kenney. “The speaker must be both neutral and seen to be neutral, which is why the long-standing tradition that goes back hundreds of years is for the speaker to avoid taking positions on current and contentious political issues because the speaker does have a responsibility to represent the whole House and not a faction of the assembly.

“It doesn’t preclude speakers from exercising their representational roles, for example in advancing constituency case files with ministers or local issues and interests, but the long-standing convention is for speakers to scrupulously maintain their neutrality and in my 24 years as a parliamentarian I cannot ever recall a speaker having violated that, until last week.”

Asked Monday morning by The Albertan to comment on the premier’s remarks, Cooper said, “I don’t think it is advisable that I comment on the issue any further.”

However, several hours later, Cooper made an address in the legislature, telling MLAs the following:

“In haste, I engaged on a matter of public discourse that, while important to constituents that I represent as an MLA, has raised questions about the impartiality of this chair,” Cooper said. “Upon quiet reflection and given the benefit of time I have deep regret for my error in judgment.

“I have always believed in the sanctity of our democracy and institutions built to uphold it. It is my job to serve you in my role as speaker and to ensure privileges you enjoy as elected members are upheld and treated with the same sanctity of the institution. The principle of impartiality of the chair is fundamental to a healthy functioning democracy (and) I deeply regret my actions that may have jeopardized this principle.

“I do not take this responsibility lightly and I apologize to you all crossing a line that the speaker ought not to cross. I can assure my colleagues that I have taken significant learnings from this.”

Following his comments in the legislation, Cooper was asked by The Albertan whether he has now withdrawn his support for the April 7 statement. He did not immediately reply.