Persons crimes in Cremona down in 2020 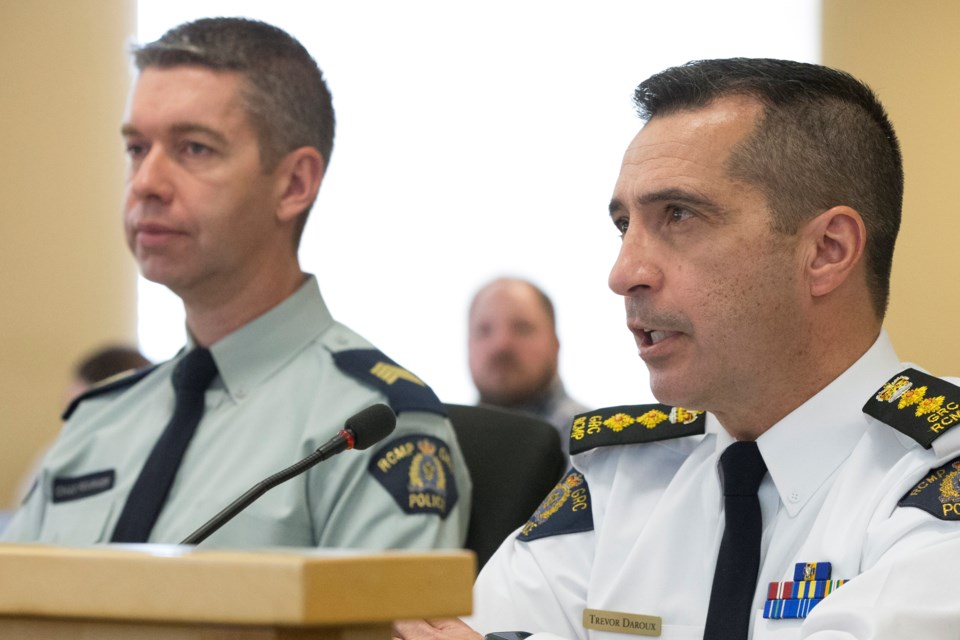 RCMP Staff Sgt. Chad Fournier, left, said in Cremona, there were six persons crimes reported this year up until the end of October, down from 13 the year prior. File photo/MVP Staff

CREMONA - Didsbury RCMP Staff Sgt. Chad Fournier has presented statistics on police activity in the village up to the end of October. The update came during a recent regularly scheduled council meeting.

There were a total of six person crimes reported, three for uttering threats, two for assaults and one for a robbery. That compares with 13 persons crimes reported in the same period in 2019.

Three motor vehicle collisions have been reported, down markedly from 10 reported in the same period in 2019.

Police have responded to six Mental Health Act calls, up from two in 2019 and two in 2018.