At current utilization levels, the projected Didsbury-area landfill's lifespan is up to 28 years
Jun 7, 2021 3:00 PM By: Dan Singleton 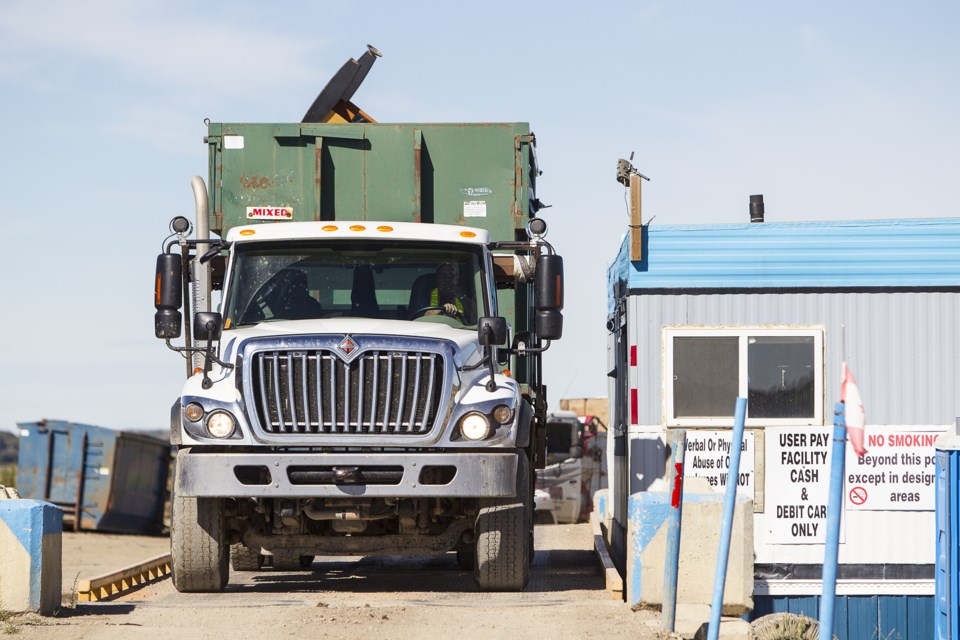 A truck passes over the scales at the Mountain View Regional Waste landfill north of Didsbury. File photo/MVP Staff

CREMONA - Village council has received an update on some of the activities and plans of Mountain View Regional Waste Management Commission (MVRWMC).

Michael Wuetherick, chief administrative officer with the commission, submitted an update report to the May 18 council meeting.

During 2020, the commission implemented new technology including low-speed shredder and real-time GPS to maximize landfill airspace utilization to extend the life of the useful airspace as much as possible, he said.

“At year end, 47 per cent of the approved landfill airspace has been utilized, with 703,184 cubic metres (m3) remaining,” he said. “Additional future sites suitable for cell constructions beyond the current phases could provide more than 70 years of capacity to meet the future needs of the region.”

At current utilization levels, the projected Didsbury-area landfill's lifespan is up to 28 years based on estimated annual receipts and compaction rates of 1.1 tonne/m3, a 38 per cent improvement on historical compaction efficiency of 0.8 tonnes/m3, he said.

In the first three months of 2021, tonnage received at the landfill was 12,402 tonnes, which is 195 per cent above budget projections, and a six per cent of full-year revenue compared to 25 per cent expected at this time of year, he said.

“The primary driver behind the strong results is due to a major demolition job received in January of 7,602 tonnes, generating a windfall revenue stream of more than $725,000,” he said.

“Administration is projecting commercial sales to remain strong signalling the ongoing competitiveness of the landfill tipping fee compared to private contractors,” he said.

Council accepted the report as information. The full report is available for viewing on the village’s website.