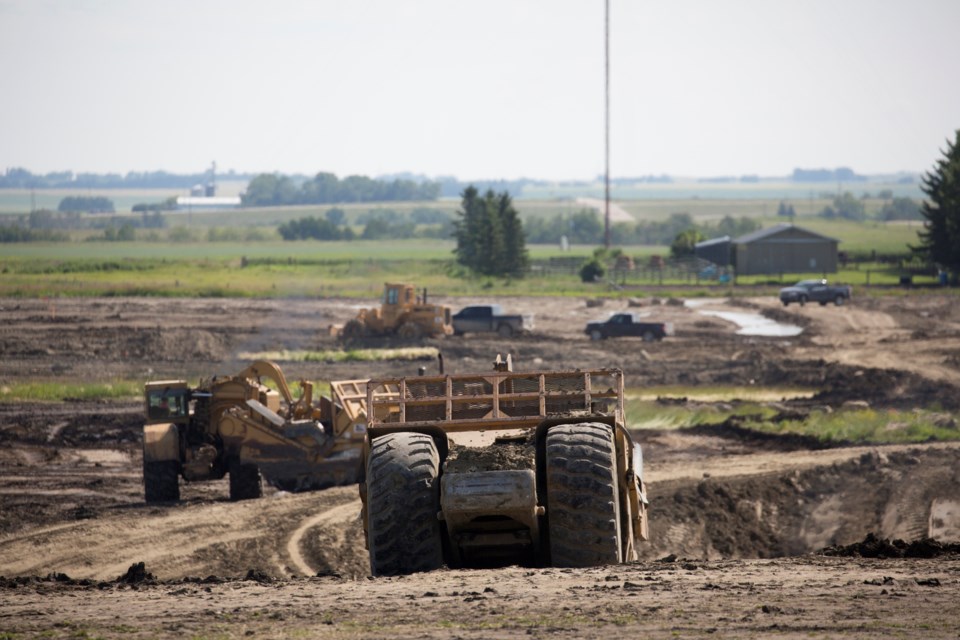 CARSTAIRS – Carstairs town council has held a public hearing regarding a proposed land use redesignation of a portion of the Mandalay Estate subdivision. The hearing took place in council chambers and through teleconference on Aug. 24.

The total area under consideration is 2.5 hectares.

Twenty-eight adjacent landowners provided responses outlining their comments and concerns regarding the proposal.

A number of concerns have been raised, including increase in density, future connection to Stone Garden Drive (to the north), increased traffic, increase in crime, buffer between proposed development and existing neighbourhood.

One writer stated, in part, “We knew when we purchased our house here (in Stone Garden neighbourhood) that there was going to be development of about 400 houses and we are okay with that, but we did not realize that we would lose our gated community, which is why we purchased here.”

Another writer stated, in part, that, “Crime rate will go up as there will be undesirables coming through the neighbourhood, whether it be on foot or in a vehicle. As it is now we have only one-way in and out which makes it much easier to monitor. As homeowners have been able to monitor a lot of these ourselves.”

Canadian Pacific Railway also submitted a letter of objection to the proposed redesignation, saying, in part, that, “CPR is not in favour of residential uses adjacent to our right-of-way as this land use is not compatible with railway operations. The health, safety and welfare of future residents could be adversely affected by railway activities.”

Although not part of the redesignation, there is a proposal to build a roadway connecting the subdivision with the Stone Garden neighbourhood to the north.

That proposal prompted a number of letters, including one stating in part, that, “If Stone Garden (neighbourhood) were to become a connector road to Mandalay Blvd. access and egress from garages and parking for owners and guests would be adversely affected. The safety of residents, pedestrians and drivers will be a concern to the community.”

Following the public hearing, council went into its regular meeting and passed the proposed redesignation.

“There is still more discussion coming (about the road),” said Colby. “This isn’t something that will take place tomorrow. There will be more input and discussion as to concerns like the roadway and that type of thing. This is open for discussion and we are not just slamming the door.”

Regarding the proposed road, that matter is being considered further by administration, said CAO Carl McDonnell.

“The homeowners in that area have asked if there is an alternate (to a through-road) such as a crash-gate or some sort of a barrier that would keep people from short-cutting through their neighbourhood,” he said.

“Those are the traffic calming devices that we are looking at, so whether we install speed bumps or some sort of a barrier, or whether or not it’s wide open is still up for discussion.”

The matter of the roadway may come back before council at the end of September or early October, he said.

Carstairs grads show 'how resilient we really are'
Aug 25, 2020 9:00 AM
Comments
We welcome your feedback and encourage you to share your thoughts. We ask that you be respectful of others and their points of view, refrain from personal attacks and stay on topic. To learn about our commenting policies and how we moderate, please read our Community Guidelines.