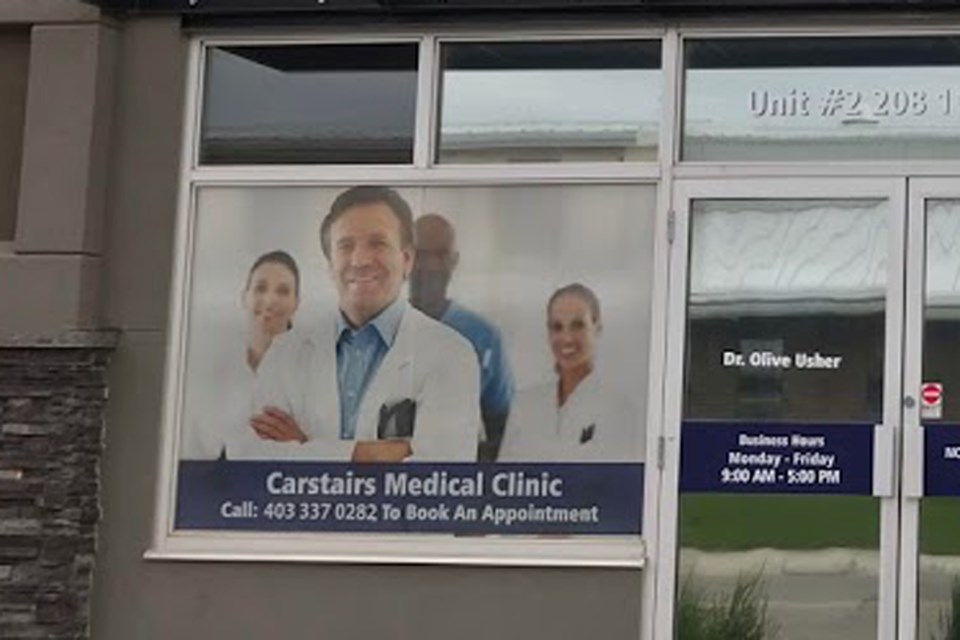 CARSTAIRS - Residents from Carstairs were surprised to find a note on the door of Carstairs Medical Clinic yesterday stating the clinic was permanently closed.

It is one of three PrimeCARE Health Medical Clinic locations in Alberta that closed effective Jan. 13

Calls to the clinic's owner, Dr. Femi Adekeye, were not immediately returned.

"I didn't know that PrimeCARE was pulling right out," said Colby. "I know they lost two doctors that went to Crossfield earlier and another doctor was going to have a baby. I guess it was closed for some of those reasons. I just heard yesterday they were shutting down for good. It's really too bad."

"If you are experiencing a medical emergency, please proceed to the nearest emergency room," it stated. "For general medical advice, you can access a service of AHS (Alberta Health Services) called Health Link Alberta at 811. For a list of clinics that offer walk-in medical care and a list of physicians accepting new patients, visit your Primary Care Network directory."

Carstairs Medical Clinic opened in the fall of 2016.

The loss of the clinic and its lone doctor, Dr. Olive Usher, leaves the community with one remaining doctor's clinic.

Colby said he is hoping that Dr. From at Snowy Owl will be able to bring in another doctor to compensate for the loss of PrimeCARE's Carstairs clinic.

"A lot of the people who were with the doctors who left for Crossfield went with them," he said. "It'd be nice to have a couple more doctors but now that that clinic is gone we'll see what Dr. From does. I'm not sure what capacity he's at but I'm sure he could use at least one more to help and maybe recruit more.

Council OK’s new cannabis rules
Jun 20, 2020 12:00 PM
Comments
We welcome your feedback and encourage you to share your thoughts. We ask that you be respectful of others and their points of view, refrain from personal attacks and stay on topic. To learn about our commenting policies and how we moderate, please read our Community Guidelines.