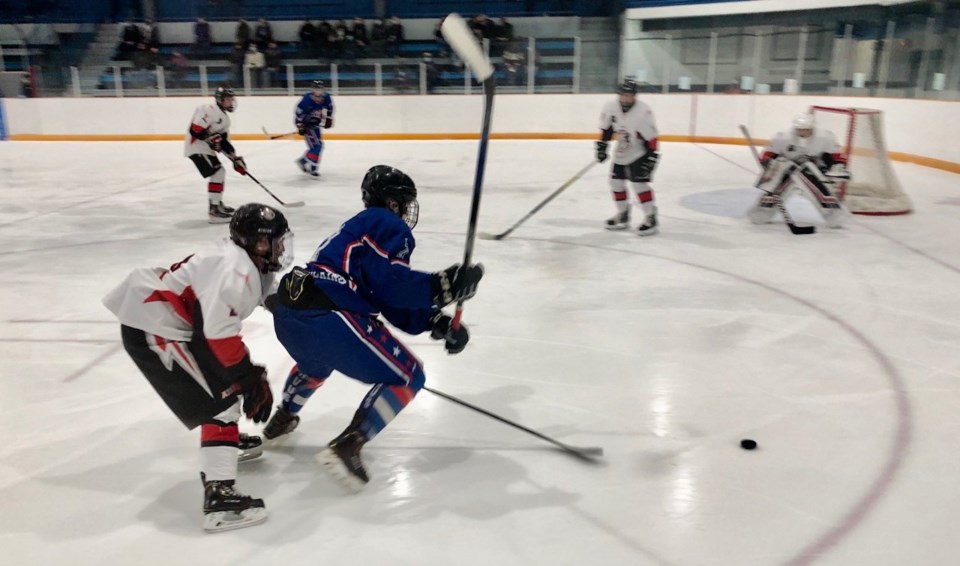 Mountain View Colts forward Lucas Mulholland races for the puck during Wednesday's game against the Airdrie Thunder. The Colts won 4-2, with Mulholland getting one assist. Dan Singleton/MVP Staff

CARSTAIRS - The Mountain View Colts won their home opener 4-2 against the Airdrie Thunder on Wednesday night.

Played at the Carstairs Memorial Arena, the game saw the Colts lead throughout the match and exact their revenge on the Airdrie team that defeated them in the season opener by the same 4-2 score on Oct. 31.

Colts forward Austin Corsiatto opened the scoring 7:24 into the first with an assist from Corson Waiting.

Colts forward Sam Kolke scored at 12:58 of the first with an assist from Ryan Bauer.

Defenceman Sam Vanderstoop scored at 17:34 into the second with assists from Tyler Rude and Lucas Mulholland.

Colts captain Laine Rothenbush scored an empty net goal with 1:27 left in the third to give the Colts the 4-2 win.

Airdrie got goals from Sebastian Iannuzzi and Kory Zinck.

The two teams face off again on Friday in Airdrie and back in Carstairs on Saturday.